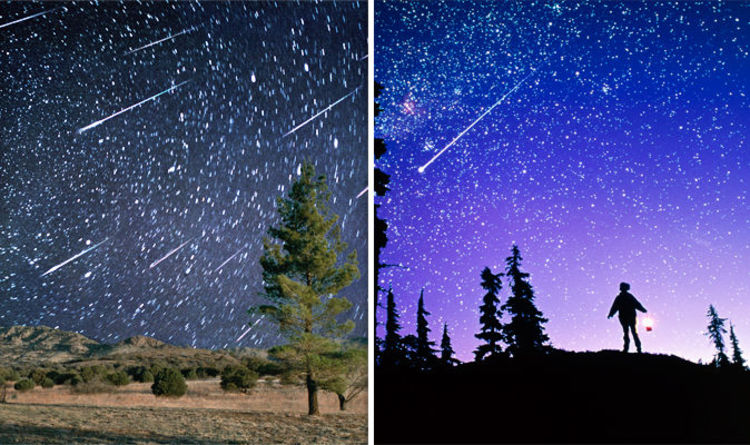 
July has been an impressive month for space enthusiasts with extraordinary views and planetary encounters.

It all culminates tonight with Mars being in opposition and the blood moon with it being its closest to the Earth since 2003.

But if that wasn’t enough, it will also be the peak of the Southern Delta Aquariid meteor shower.

The American Meteor Society said: “These meteors produce good rates for a week centred on the night of maximum.”

The shower occurs as the Earth crosses the orbital path of Comet 96P Machholz.

Bill Cooke from NASA’s meteoroid environment office says Thrillist the Aquariids will “maybe” hit around 20 meteors per hour at its peak.

That’s less than the year’s most active showers like the Perseids or Geminids, but the added celestial bonuses make it worth getting out.

EarthSky notes that as the shower coincides with a full moon, some of the lunar light could wash out some of the meteors.

The shower runs until August 23, but the most active period runs into early August.

It will still produce meteors when the peak of the Perseid meteor shower arrives on August 12.

That storm could produce more than 100 meteors per hour.

The reason for the low meteor rate with the Delta Aquariids is that they’re best seen from the southern hemisphere.

In the northern hemisphere, the place where they originate in the sky is low.

As with any meteor shower, stargazers want to get out of the city and toward dark skies.

The darker the sky then the better the view.

Bitcoin’s Climate Impact Is Bigger Than Beef Farming – And It’s Only Getting Worse : ScienceAlert
Behold, The Epic Last Images Taken by NASA’s Asteroid Redirection Test Spacecraft : ScienceAlert
Amazing New Fossils Provide Earliest Known Traces of The Evolution of Our Jaws And Limbs : ScienceAlert
Secret Clues in Tutankhamun’s Tomb Reignite The Idea That Nefertiti Is Hidden Nearby : ScienceAlert
These Are The Most Distant Star Clusters Ever Seen, And We Nearly Missed Them : ScienceAlert