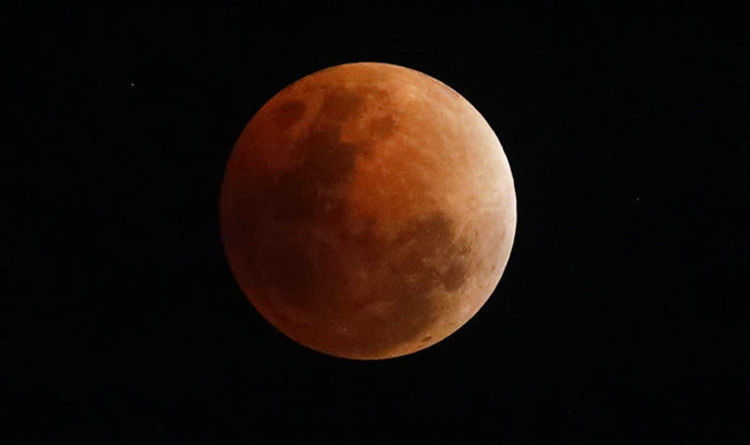 
A rare lunar event is taking place tonight, as the Moon undergoes a total eclipse, turning red in the process.

This will be the longest eclipse of the century and a real treat for stargazers and novices alike.

Why is the Moon turning red?

Tonight’s lunar eclipse will see the Moon turn eerily red/orange as it passes through the Earth’s shadow.

Known as a Blood Moon, this is a result of light refraction during the eclipse.

A lunar eclipse occurs when the Earth, Sun and Moon perfectly align creating a shadow.

Sunlight is refracted through the Earth’s atmosphere, removing all colours except those in the red colour spectrum.

These then bounce out of the Earth’s atmosphere and onto the Moon, causing the eerie red glow that we will see tonight.

Why is it the longest eclipse of the century?

The Earth is currently the furthest away possible on its rotation from the Sun, meaning the distance and angle of the shadow cast will take a long time to pass through.

The eclipse will last for one hour, 43 minutes and 35 seconds, and will be the 17th total lunar eclipse of the century.

What time will the eclipse begin?

The time that the eclipse will begin depends on where in the world you are.

In Turkey and Kenya, the eclipse will be visible throughout all of its stages from the slightly later time of 10.30pm local time.

India will be able to witness the Blood Moon from 1.00am local time, whilst Bangladesh can see it from 1.30am local time.

Those wanting to watch the Blood Moon in Australia will have to get up early, as the beginning of the eclipse is visible from 5.30am.

How to watch the Blood Moon

Unlike a solar eclipse, a lunar eclipse is perfectly safe to look up at without eye protection.

To get the best view, being in a place with no light pollution such as the countryside or green open spaces will give an uninterrupted view.

Those unable to witness the eclipse firsthand can visit Slooh or Greenwich Observatory websites to see a live stream of the event.

These Are The Most Distant Star Clusters Ever Seen, And We Nearly Missed Them : ScienceAlert
Astronomers Think They Know The Reason For Uranus’s Kooky Off-Kilter Axis : ScienceAlert
‘Unbelievable’ Video Shows 2 Bees Working Together to Open a Soda Bottle : ScienceAlert
Narwhals Are So Weird, Scientists Used Chaos Theory to Explain Their Behavior : ScienceAlert
We May Finally Know Why Oceans in The Southern Hemisphere Are Getting So Warm : ScienceAlert