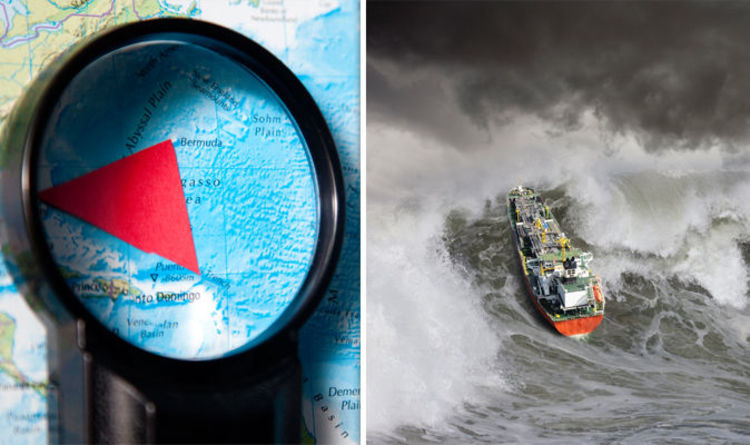 
The 500,000 km square patch of ocean between Florida, Puerto Rico and Bermuda has long been associated with the vanishing of ships and aircrafts which have stumped experts looking for an explanation.

An average of four planes and 20 boats have been reported lost a year, with no trace of any debris, due to the Gulf Stream being believed to move them away.

However, scientists think that they might have cracked the case – and it could be “rogue waves up to 100 foot high”.

A team from the University of Southampton has conducted experiments in the lab which recreate the “extreme storm waves”.

The experts simulated the waves as part of a Channel 5 documentary ‘The Bermuda Triangle Enigma’.

As part of the show, the scientists made a model of the USS Cyclops, a 542 ft coal vessel which vanished in the Bermuda Triangle in 1918.

No wreckage or the remains of any of the 306 crew members were ever found.

However, the team found that due to the massive size of the ship, the waves which were as tall as 100ft (30 metres) easily took down the ship – according to the simulation.

Dr Simon Boxall, an ocean and earth scientist at the University of Southampton, says that storms can come from all three points of the Bermuda Triangle which can culminate in the monumental waves.

Dr Boxall said on the show: “There are storms to the south and north, which come together.

“And if there are additional ones from Florida, it can be a potentially deadly formation of rogue waves.

“They are steep, they are high – we’ve measured waves in excess of 30 metres.”

There have been several other explanations for the mysterious Bermuda Triangle – including the extraordinary.

Late conspiracy theorist Charles Berlitz wrote in his book ‘The Bermuda Triangle’, aliens could be responsible for the disappearance of Flight 19.

On December 5, 1945, five military planes lost contact with base in a training routine near Florida.

The planes were never found along with the 14 men on board, and a further 13 crew members vanished when a search party was sent out for them.

There appeared to be no logical explanation, which got conspiracy theorists thinking.

In the book, Mr Berlitz wrote: “Lacking a logical and readily acceptable explanation, independent researchers concerned with the disappearances in the Bermuda Triangle have gone even further afield — some to explanations based on exceptions to natural law, others to suggestions of inter-dimensional changeover through a passageway equivalent to a ‘hole in the sky’ (which aircraft can enter but not leave), others believe the disappearances are engineered by entities from inner or outer space.”

A New FRB Signal Has Buzzed Nearly 2,000 Times in Just Two Months, Raising a Mystery : ScienceAlert
The Frogs Vanished, Then People Got Sick. This Was No Harmless Coincidence. : ScienceAlert
One of The World’s Largest Organisms Is Disintegrating. Here’s How We Might Save It. : ScienceAlert
A Robot on Mars Detected The Tremors of Meteorites Hitting The Red Planet : ScienceAlert
Scientists Don’t Know What to Do With This Weird ‘Blue Goo’ Ocean Organism : ScienceAlert