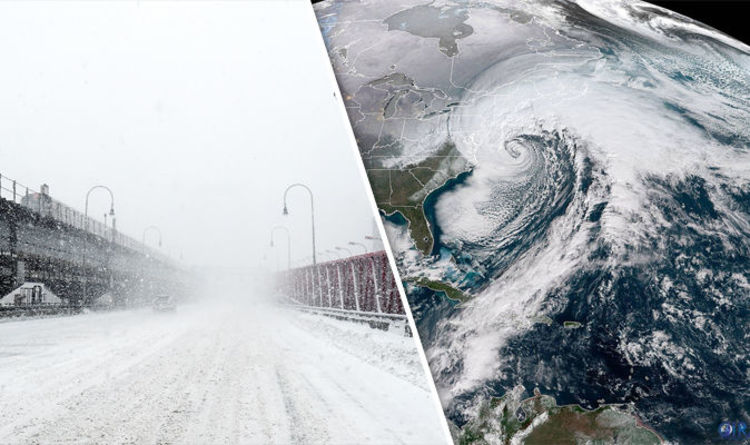 
The east coast of the US continues to be ravaged by a freezing cold snap while the other side of the country has been hit by wildfires.

These are a signs of the times according to one professor, who says that the situation will only worsen in the next few years.

Eventually, Dr Guy McPherson, professor emeritus of natural resources and ecology and evolutionary biology at the University of Arizona, says the rate of change to the climate will overcome humanity’s ability to adapt, which would prove devastating.

In the next eight years, he adds, it is likely that the globe will be hotter than at any point in the last two billion years.

This will also lead to rising sea levels as the polar ice caps will continue to melt, putting those who reside in coastal cities around the globe in huge danger.

All of the above will also contribute to food supply issues, especially as the world’s population continuously increasing, with there set to be 9.8 billion people on Earth by 2050, according to a UN report.

Dr McPherson said: “The latest unprecedented hurricanes, earthquakes and wildfires that we have seen in 2017 are examples of profound changes in our climate system.

“We have entered an era of exponential climate upheaval with tipping points and feedback loops pushing us over the edge whilst, all the while, governments and climate research bodies refuse to accept the gravity of our situation.

“Within the next eight years, Earth’s temperature will approach or exceed its highest temperature in the last two billion years.

“The rate of change will continue to outstrip the ability of humans and other life to adapt.”