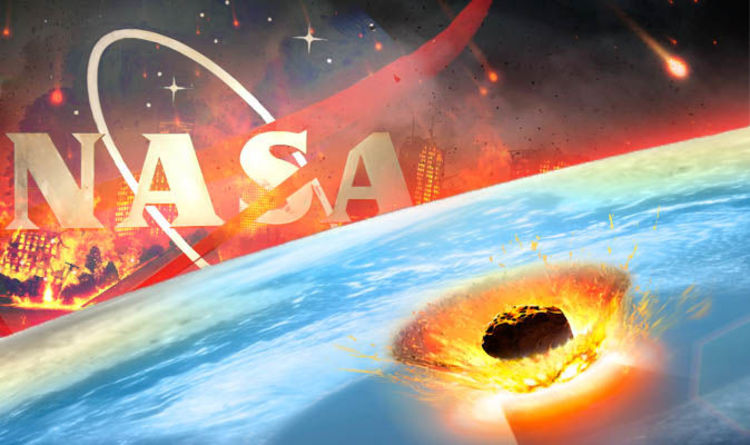 Asteroid Bennu, which is estimated to be larger than the Empire State Building, safely skims past the planet every six years or so.

But astronomers have now warned there is a slim chance the 500m wide asteroid poses a threat to humanity.

NASA’s space boffins have calculated a one in 27,000 chance of Bennu slamming into planet Earth.

But as low as the odds may be, the prospect of a skyscraper sized asteroid slamming into our home planet has sparked fear in the hearts of astronomy enthusiasts world wide.

Just how deadly would a potential collision with Bennu be? Would it spell the end of life on Earth as we know it?

Scientists have extensively studied asteroid impacts throughout the centuries to asses the relative danger level of Bennu.

The asteroid’s impact with Earth would carry power three times that of “all nuclear weapons detonated throughout history”, according to one leading scientist.

Dante Lauretta, professor of Planetary Science in the Lunar and Planetary Laboratory at the University of Arizona, said: “The asteroid mass would hit the surface of the Earth at a velocity of 12.1 km/s (over 27,000 miles per hour).

The space expert’s calculations predict that anyone caught in a 50km radius of ground zero would be completely annihilated.

However several hundred kilometres from impact, locals would only be subject to an an earthquake “similar to that of a passing truck”.


Mr Lauretta said: “We’re not talking about an asteroid that could destroy the Earth.

“We’re not anywhere near that kind of energy for an impact.”

Asteroid Bennu orbits the sun every 436 days and about every six years swing by Earth. 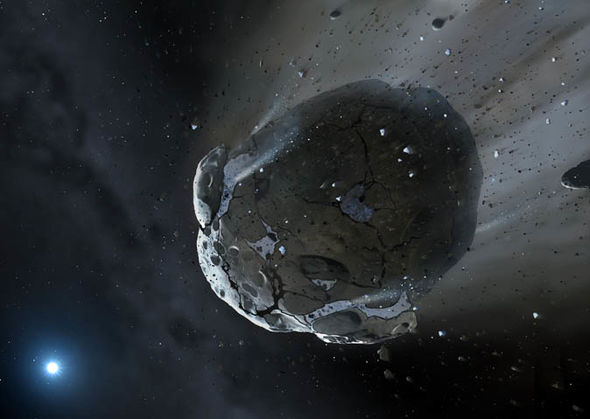 Asteroid Bennu swings by Earth every six years or so 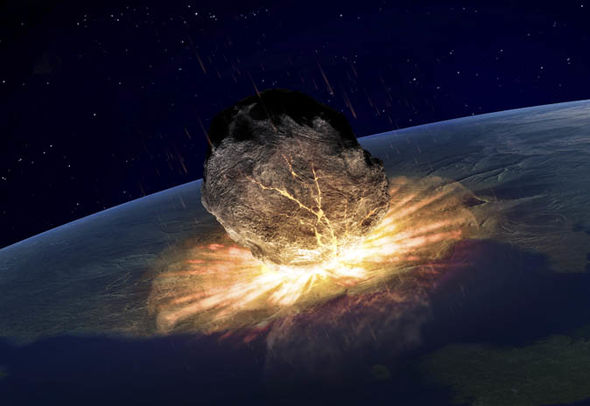 Astronomers believe Bennu to be a carbon-rich hunk of dead rock weighing an astonishing 78 billion kilograms.

The asteroid was discovered in 1999 by the Lincoln Near Earth Asteroid Research (LINEAR) Project.

Bennu was then named after an ancient Egyptian mythological bird, in a naming contest won by a North Carolina third grader named Michael Puzio.

Thankfully Bennu is neither big enough nor heavy enough to put an end to life on the planet.

For comparison, the asteroid which wiped out the dinosaurs some 65 million years ago was believed to be about 10km wide.

However Kirsten Howley, a physicist at Lawrence Livermore National Laboratory (LLNL) and co-author of a research paper on Bennu, hinted the odds of impact might still change for the worse in the years to come.

She said: “The probability of a Bennu impact may be one in 2,700 today, but that will almost certainly change – for better or worse – as we gather more data about its orbit.

“Delay is the greatest enemy of any asteroid deflection mission. 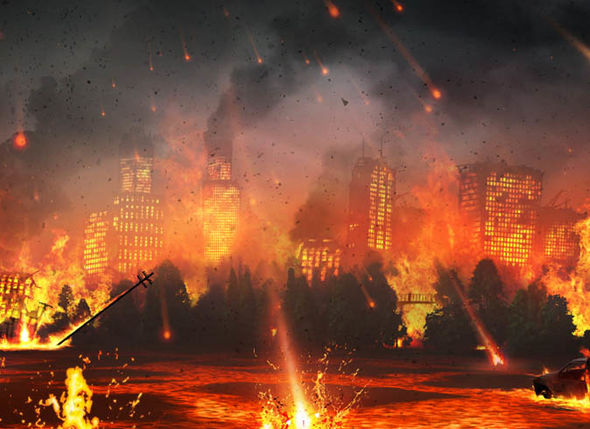 Bennu would wipe out everything within a 50km radius of impact

“That’s why there’s urgency in getting viable deflection platforms on the shelf today.”

Scientists at the LLNL calculated a potential collision date on September 25, 2135.

Mrs Howley said: “The chance of an impact appears slim now, but the consequences would be dire.”