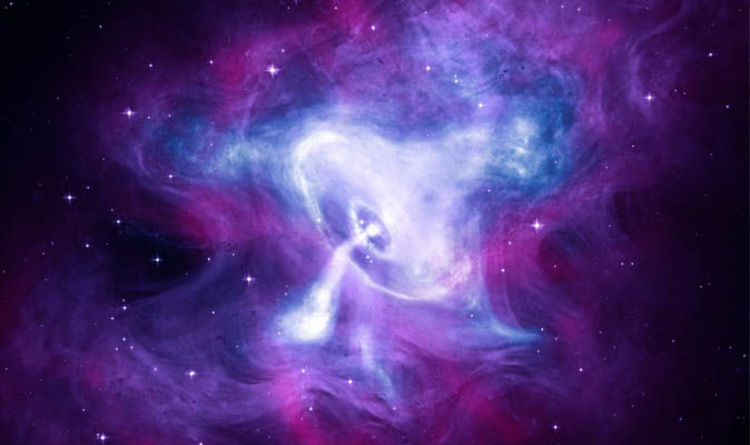 Bubble Nebula, also known as NGC 7653, which is an emission nebula located 11 000 light-years away

NASA has just released a breath-taking image of the distant Crab Nebula, captured by its signature space telescope.

The Hubble telescope contributed to the composite by capturing the deep purple hues visible in the image.

The vibrant pinks were captured by Spitzer and Chandra photographed the light blue and white parts of the photos from the X-ray wavelength.

Nebulae are interstellar clouds of dust and gas many light years wide, wandering aimlessly through space.

The Crab Nebula is believed to be the remnants of a monstrous supernova explosion – the death of a short-lived star, recorded in the year 1054.

At the heart of the gas cloud is a pulsar, or a rotating white dwarf neutron star.

NASA estimates Crab Nebula to be about 10 lights years wide. 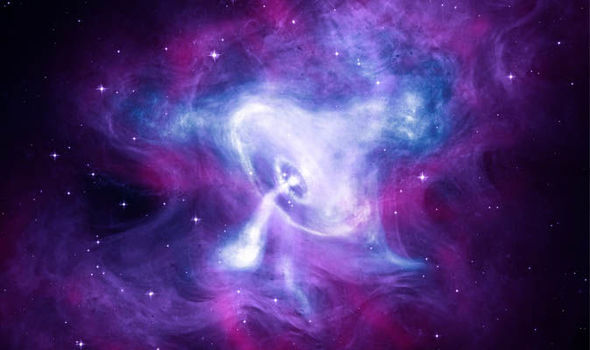 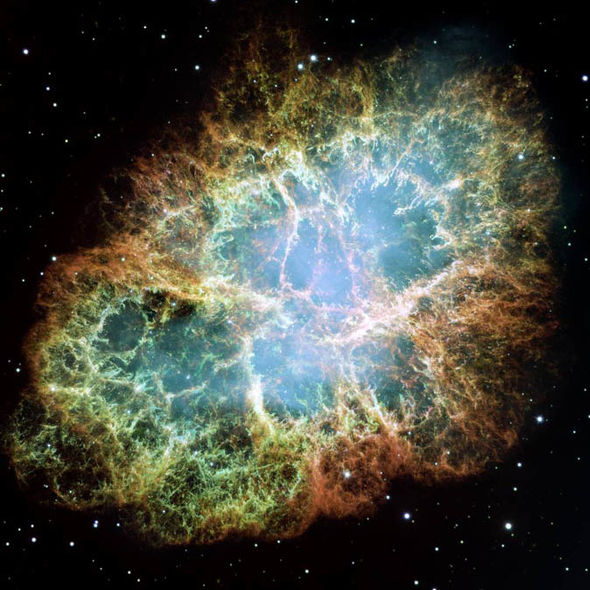 The US space agency said: “In the case of the Crab, observers in several countries reported the appearance of a ‘new star’ in 1054 AD in the direction of the constellation Taurus.


“Much has been learned about the Crab in the centuries since then.

“Today, astronomers know that the Crab Nebula is powered by a quickly spinning, highly magnetised neutron star called a pulsar, which was formed when a massive star ran out of its nuclear fuel and collapsed.

“The combination of rapid rotation and a strong magnetic field in the Crab generates an intense electromagnetic field that creates jets of matter and anti-matter moving away from both the north and south poles of the pulsar, and an intense wind flowing out in the equatorial direction.”

NASA underlined the newly captured photograph builds on a legacy of information about Crab Nebula derived from the space agency’s telescopes.

Crab Nebula was one of the first objects captured by the Chandra Space Telescopes in 1999.

Today Chandra is one of NASA’s several space telescopes observing the visible universe.

Chief among them is the Hubble Space Telescope which has made more than 1.3 million observations since being placed into orbit in 1990. 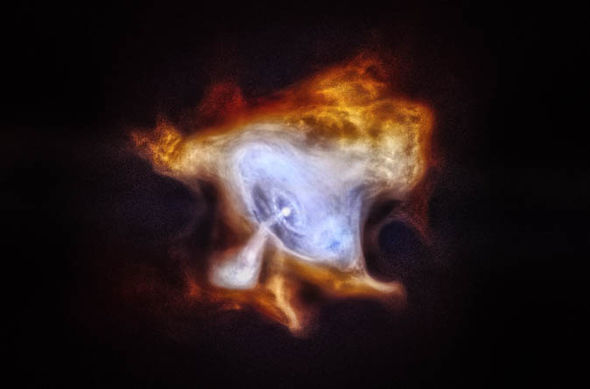 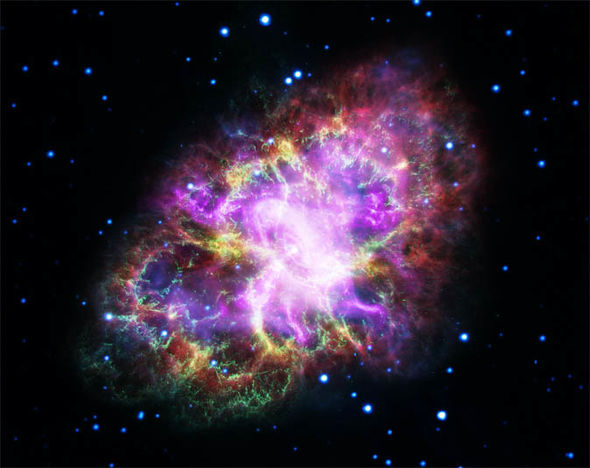 Crab Nebula was first photographed by the Chandra Space Telescope

Hubble’s incredible work throughout the years has led to the publication of more than 15,000 scientific papers.

The telescope orbits the planet at incredible speeds of about 17,000 mph and has so far traveled more than four billion miles around the planet.

However in Spring 2019 Hubble, Chandra and the other telescopes currently in operation will be upstaged by the James Webb Space Telescope.

Once operational, Webb will be the single largest space telescope orbiting the planet. 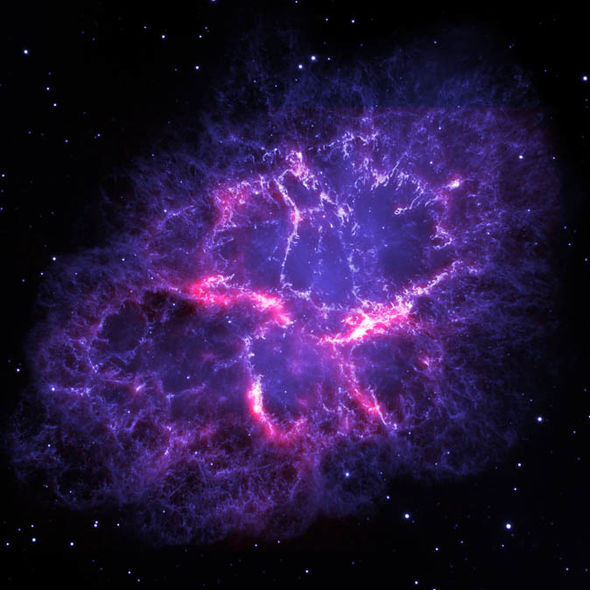 NASA believes Crab nebula was first observed in the year 1054

NASA said: “Webb will be the premier observatory of the next decade, serving thousands of astronomers worldwide.

“It will study every phase in the history of our Universe, ranging from the first luminous glows after the Big Bang, to the formation of solar systems capable of supporting life on planets like Earth, to the evolution of our own Solar System.”

The telescope was formerly known as the Next Generation Space Telescope, but was renamed in 2002 to honour former NASA administrator James Webb who died in 1992.

Webb will be a large infrared telescope with a 6.5m primary mirror.

An Expert Explains Why The Radioactive Water Stored at Fukushima Should Be Released : ScienceAlert
Mysterious ‘Zone of Uncertainty’ Inside The Brain Reveals a Surprise : ScienceAlert
One Simple Idea Makes It Much Easier to Manage Your Weight Over Time : ScienceAlert
There’s a ‘Lost City’ Deep in The Ocean, And It’s Unlike Anything We’ve Ever Seen : ScienceAlert
Our Body Temps Have Been Dropping For 160 Years. Gut Microbes May Be Playing a Role : ScienceAlert