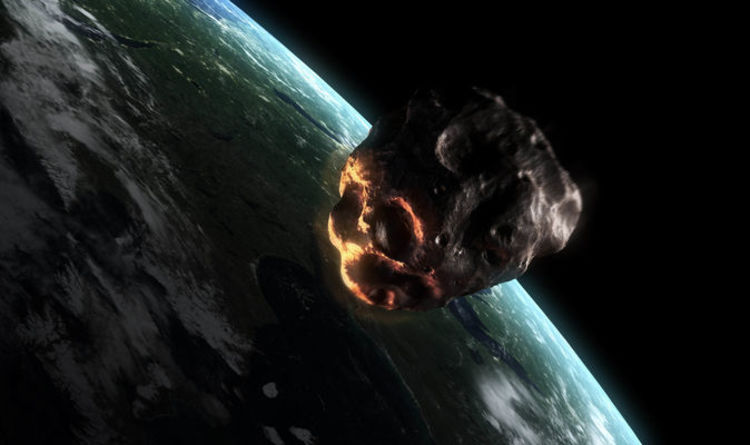 NASA only last Sunday discovered the asteroid hurtling through space at more than 18,000mph is Earth-bound this evening.

The asteroid could be up to 40 metres long – making it much longer than the blue whale.

NASA also says the rock could be double the size to the meteor that almost wiped out Chelyabinsk in 2013, injuring more than 1,000 people.

The giant space rock is predicted to shoot past Earth tonight at around 22.30 GMT.

For anyone wanting to watch the asteroid’s flyby, the Virtual Telescope Project will be hosting a live stream from location in Italy, beginning at 8pm GMT.

A statement from the Virtual Telescope reads: “The observatory is placed at 1300 meters above the sea level, in the Sonoran desert, providing one of the best skies in the world.”

Experts indicated 2018 CB will be just 39,000 miles away from the Earth – just a fifth of the distance between the Earth and the moon.