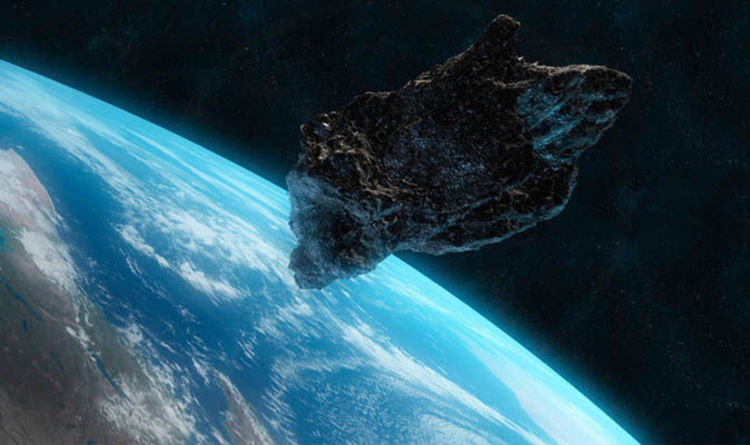 The space rock, which was first discovered in 2002, is due to skim the Earth on February 4.

Its closest approach will come at 9.30pm GMT, when it will be about 2.6 million miles from the planet’s surface.

This is 10 times the distance between the Moon and the Earth – a stone’s throw in astronomical terms.

NASA has been tracking the asteroid for nearly 15 years and has assured that it will not collide with Earth in the near future.

Paul Chodas, manager of NASA’s Center for Near-Earth Object Studies, said: “We have been tracking this asteroid for over 14 years and know its orbit very accurately.

“Our calculations indicate that Asteroid 2002 AJ129 has no chance – zero – of colliding with Earth on February 4 or any time over the next 100 years.”

Discovered at the Maui Space Surveillance Site on Haleakala, Hawaii, Asteroid 2002 AJ129 measures no more than 0.75 miles (1.2 km) across, according to NASA, making it about the size of a skyscraper.

A collision from a rock this size is unlikely to wipe out all life on Earth but would have “a very severe global impact”.

Research suggests that temperatures would plunge to ice age levels and there would be a sharp decline in rainfall and plant productivity.

The impact would also spark deadly wildfires and throw huge clouds of dust into the air, according to Charles Bardeen from the National Center for Atmospheric Research in Colorado.

Mr Bardeen is quoted by Space.com as saying: “These would not be pleasant times.”

The asteroid’s velocity at the time of approach will be a staggering 76,000 mph, or 34km per second.

NASA said this unusually high speed is a result of the rock’s orbit, which is very close to the Sun.