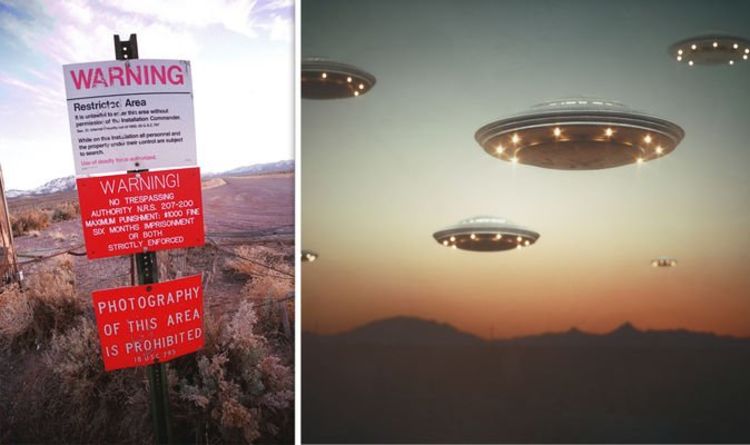 
Area 51 has long been thought of by conspiracy theorists as a place where the US government is hiding intel on alien activity, and it all began when an apparent weather balloon crashed into the nearby town of Roswell in 1947. Many believed the weather balloon – the official stance by US authorities – was actually an extraterrestrial UFO, and the US government has been keeping alien secrets ever since. Now however, the public is demanding answers and a staggering 222,000 people have signed up to a Facebook event called “Storm Area 51, They Can’t Stop All of Us”.

According to a description of the group, attendees will meet nearby and storm the top secret base on September 20.

While the event is obviously tongue-in-cheek, having been created by a group called ‘Sh**posting cause im in shambles’, some people failed to get the joke.

One Facebook user commented: “Apparently none of ya’ll understand military weapons. Also what makes you think there isn’t a contingency plan for things like this already in place?

“I know this is a joke but if you do actually pull this stunt you are actually either going to be responsible at best for the largest mass incarceration in history and at worst the largest suicide run.”

However, the US Government did not even admit the base existed until 2013, in a series of documents released as part of a Freedom of Information request, and it is heavily protected by armed guards.

Earth’s Inner Core May Right Now Be in The Process of Changing Direction : ScienceAlert
Viagra Linked to Much Lower Risk of Death in Men, But Questions Remain : ScienceAlert
Mysterious ‘Zone of Uncertainty’ Inside The Brain Reveals a Surprise : ScienceAlert
An Expert Explains Why The Radioactive Water Stored at Fukushima Should Be Released : ScienceAlert
Scientists Reveal The Most Distant Galaxy We’ve Ever Found : ScienceAlert