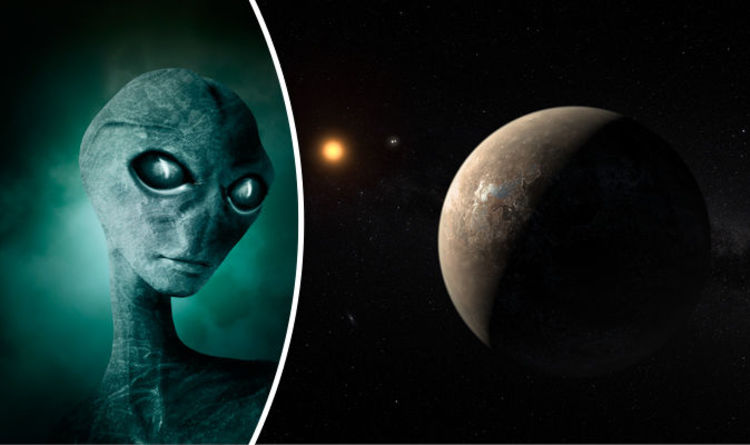 
Since the planet’s discovery in 2013, scientists had hoped Proxima b would be able to support life due to its favourable conditions.

The planet, which is a staggering 40 trillion kilometres, or 4.25 lightyears away, and orbiting Earth’s closest star Proxima Centauri, is situated in its solar system’s “goldilocks zone” meaning it is not too far, or too close to its host star – making the conditions for life just right.

But a huge solar flare from Proxima Centauri may have just wiped out any life that was living on the planet which scientists have dubbed a second Earth due to its similarities with our planet.

During the massive solar flare, Proxima Centauri was a staggering 1,000 times brighter than usual for a period of 10 seconds.

“It’s likely that Proxima b was blasted by high energy radiation during this flare.

“Over the billions of years since Proxima b formed, flares like this one could have evaporated any atmosphere or ocean and sterilised the surface, suggesting that habitability may involve more than just being the right distance from the host star to have liquid water.”

The study also put to bed earlier suggestions from scientists who believed there was a huge layer of dust orbiting the star.

Last year, experts from the Instituto de Astrofísica de Andalucía (CSIC), Granada, Spain, believed they found evidence of the supposed dust which could have eventually formed into planets.

But the new research found there was no such dust.

Alycia Weinberger, a co-author of the study, said: “There is now no reason to think that there is a substantial amount of dust around Proxima Cen.

“Nor is there any information yet that indicates the star has a rich planetary system like ours.”

Scientists Discover a Weird New Form of Ice That May Change How We Think About Water : ScienceAlert
Wildfire Destruction in The Western US Has Doubled in Just 10 Years : ScienceAlert
Mysterious Medieval City in Africa Had a Genius System to Survive Drought : ScienceAlert
Bigfoot Has a Very Simple Explanation, Scientist Says : ScienceAlert
How a Dead Girl in Paris Wound Up With The Most-Kissed Lips in All of History : ScienceAlert