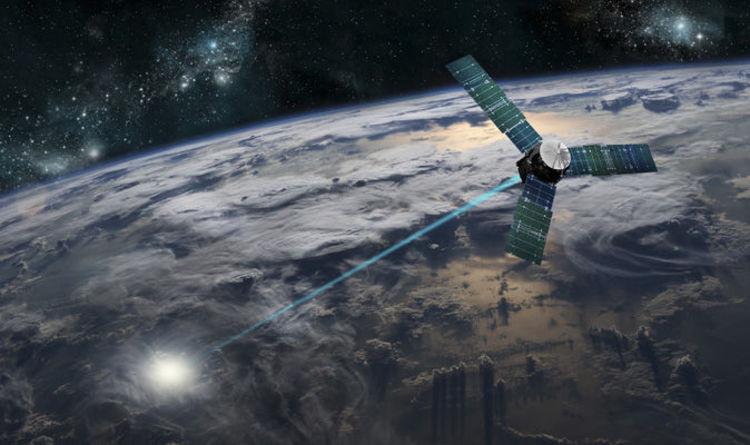 
Military personnel are involved in a space race of their own as armed forces around the globe look to dominate space to get ahead in wars in the cosmos.

Future wars will inevitably involve more high tech weaponry and the country which can dominate space will not only have spacecraft in position ready for battle, but also satellites which can heavily influence fighting on the ground.

Chief of Staff David Goldfein said at the Air Force Association’s winter conference that it is only “a matter of years” before the US is fighting “from space”.

According to military news website Breaking Defense, Mr Goldfein that the US has “to embrace space superiority with the same passion and sense of ownership as we apply to air superiority today.”

Mr Goldfein believes that the US has to conquer space travel first or risk one of its rivals taking control.

He said: “We are the service that must lead joint war fighting in this new contested domain. This is what the nation demands.”

Air Force Secretary Heather Wilson added: “We have to figure out how do we move more quickly, how do we spin on from commercial space?”

The US is not the first to theorise about fighting wars from space.

In fact, Adolf Hitler and the Nazis were designing a giant one mile-wide ‘sun gun’ that would orbit Earth and scorch cities.

The technology would have worked similarly to a giant mirror that would reflect and concentrate the sun’s rays and burn cities on Earth to a crisp.

The satellite which was dubbed ‘the space mirror’ had been planned to orbit the Earth 5,100 miles above the equator.

The revelation was made in a 1945 article called ‘Nazi Men of Science Seriously Planned To Use a Manmade Satellite As A Weapon for Conquest’ in Life Magazine.

The article does say, however: “Whether the sun gun would have accomplished what they expected, however, is another matter.”

One of the main problems was that with technology at the time, there would not have been a rocket powerful enough to lift the weapon into space.

But had the Nazi’s managed to get it into space, it would have been able to “burn an enemy city to ashes or to boil part of an ocean”.

Incredible Footage Shows Planets Circling a Star Light-Years Away : ScienceAlert
Wildfire Destruction in The Western US Has Doubled in Just 10 Years : ScienceAlert
Orcas Are Contaminated With a Forever Chemical Associated With an Unlikely Product : ScienceAlert
A Splash of Milk in Coffee May Have Health Benefits We Didn’t Know About : ScienceAlert
Mysterious Medieval City in Africa Had a Genius System to Survive Drought : ScienceAlert