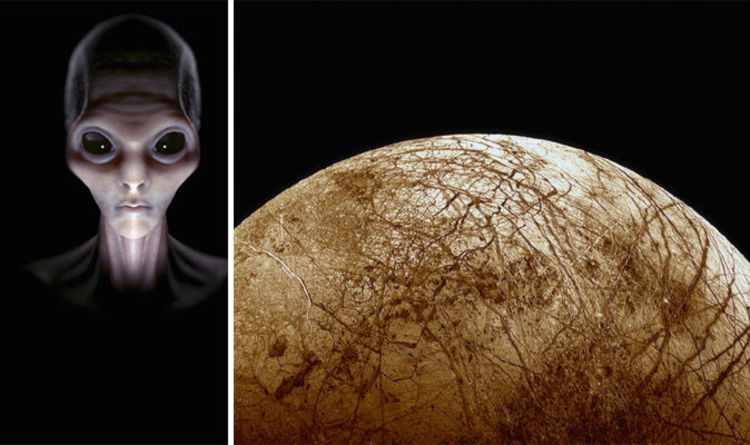 
Europa has long been touted as a possible home to some form of life due to the fact it is covered in ice and believed to have water beneath its cold exterior.

New research has found that while life would not be able to survive on its surface, due to the moon’s lack of atmosphere meaning it is exposed to harsh radiation, but amino acids, which are a signature of life, could be preserved for up to 10 million years just one to three centimetres beneath the surface.

It had been believed that NASA would have to dig metres into the surface to search for signs of life – something which is not possible with today’s technology.

But digging just one centimetre deep is certainly within NASA’s means, according to the research published in the journal Nature Astronomy.

Dr Tom Nordheim, a NASA scientist who is an expert on the habitability of icy worlds, said: “These results indicate future missions to Europa’s surface do not need to excavate material to great depths to investigate the composition of material and search for potential biosignatures.

“At mid-to-high latitudes, amino acids could persist at detectable levels a mere 1 to 3 centimetres below Europa’s surface over a 10 million year time scale.

“At the more irradiated equatorial regions, however, this depth increases to several tens of centimetres.”

NASA has two missions to Europa, one of 53 confirmed moons of Jupiter, planned for the future.

One is a fly-by called Europa Clipper and will be launched in 2022, and a lander mission will follow two years after that, the space exploration giant says.

When NASA first announced it was going to Europa, it said that there are three objectives from the potential mission: to discover whether there is, or has ever been, life on Europa, to assess whether the celestial body is habitable, and to analyse the surface of the moon for future missions.

The space agency said in a statement: “Europa may hold the clues to one of NASA’s long standing goals — to determine whether or not we are alone in the universe.

“The highest-level science goal of the mission presented here is to search for evidence of life on Europa.

“This mission would significantly advance our understanding of Europa as an ocean world, even in the absence of any definitive signs of life and would provide the foundation for the future robotic exploration of Europa.”

Watch A Great White Become an Orca’s Lunch in World-First Footage : ScienceAlert
NASA Is Sending a Rotorcraft to Titan in 2027. Here’s Where It Will Land. : ScienceAlert
‘Unbelievable’ Video Shows 2 Bees Working Together to Open a Soda Bottle : ScienceAlert
Unique Remains of What Could Be The World’s Largest Bird Found in Australia : ScienceAlert
Secret Clues in Tutankhamun’s Tomb Reignite The Idea That Nefertiti Is Hidden Nearby : ScienceAlert