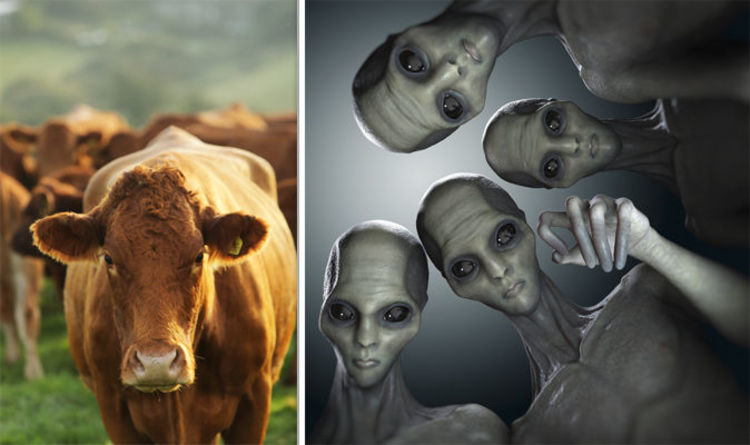 
Local farmers in Santa Fe, north-eastern Argentina, have seen seven cows killed and mutilated with some believing extraterrestrials are killing the bovine animals.

Witnesses claim the cows look as if they were attacked with lasers, while strange markings were also found on their tongues and genitals.

Farmers in the region are blaming aliens or the mythical chupacabra – a myth from South America which supposedly feeds on animals’ blood.

Norberto Bieri, owner of one of the seven cows, told local media: “They did not have tongues or flesh around the jaw, but they did not take any animals away or remove their bones.

“It seems as though the clean incisions were done with a laser as there is no trace of a knife being used. The cows did not have signs of blood and nothing had appeared to eat them.

“Some people say chupacabra or aliens did it. Others believe it was rodents.

“The truth is, the cows are dead and there are no answers as to why.”

Mr Bieri added that there had been other recent cases of mutilated animals.

Samples were sent to the lab to be analysed and results indicated the cattle had not been shot or poisoned, adding more mystery to the case.

A rat-like animal called hocicudo is endemic to South America and some believe they are responsible.

Animal expert Juan Calla Fontana said that animals often die at this time of the year “due to exposure and lack of food and therefore there is nothing mysterious here”.

Following the cattle’s deaths, the hocicudo, a natural scavenger, would have moved in, targeting the soft parts of the animal such as tongues, eyes, ears and anus – leaving the cow looking as if it had been mutilated.

Shimmering ‘Lakes’ Under The South Pole of Mars Might Be Something Else Entirely : ScienceAlert
Superconductivity Model With 100,000 Equations Now Contains Just 4 Thanks to AI : ScienceAlert
Weight Lifting in Old Age Does More Than Just Keep Your Muscles Strong : ScienceAlert
Deep Brain Simulation Could Alleviate OCD When Other Treatments Have Failed : ScienceAlert
Bitcoin’s Climate Impact Is Bigger Than Beef Farming – And It’s Only Getting Worse : ScienceAlert