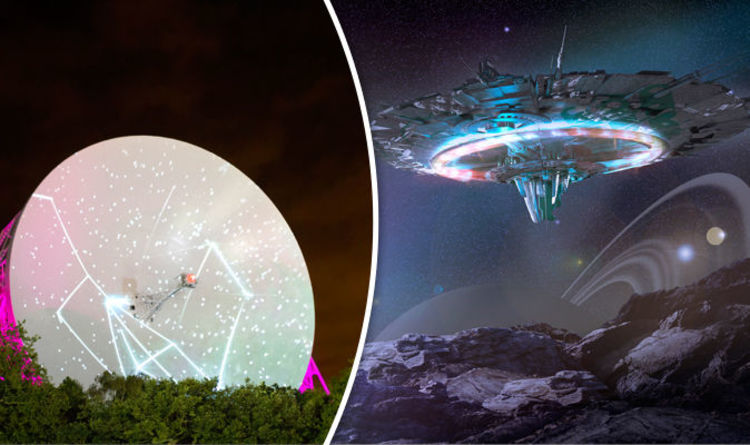 
Since 2007, telescopes have continuously picked up a strange, sporadic signal which originates from three billion lightyears away.

The strange and rare signals are what as known as ‘fast radio bursts’ or FRBs but scientists are still unsure what causes them.

However, what they do know is that they can emit as much energy in a second than the sun does in 10,000 years.

They are exceptionally difficult to study as they can last as little as a millisecond and there is no way to predict when they are coming.

Since the first one was detected in 2007, there have been just a couple dozen more.

Theories of what could cause the signal have ranged from aliens to solar flares of a massive star.

However, new research suggests that the FRBs could be coming from a neutron star – collapsed cores of large stars – in a highly magnetised area of space – probably one that is near to a black hole.

The scientists write in the journal Nature: “Such large rotation measures have hitherto been observed only in the vicinities of massive black holes (larger than about 10,000 solar masses).

“Indeed, the properties of the persistent radio source are compatible with those of a low-luminosity, accreting massive black hole.

“The bursts may, therefore, come from a neutron star in such an environment or could be explained by other models, such as a highly magnetised wind nebula or supernova remnant surrounding a young neutron star.”

However, whatever is causing the FRB is unlike anything the experts will have discovered before, they go on to say in their research paper.

Sarah Burke-Spolar of West Virgina University told news.com.au: “This phenomenon is so well-tuned to explore the universe.

“This detection has really broken open the gates of a new realm of science and discovery.”