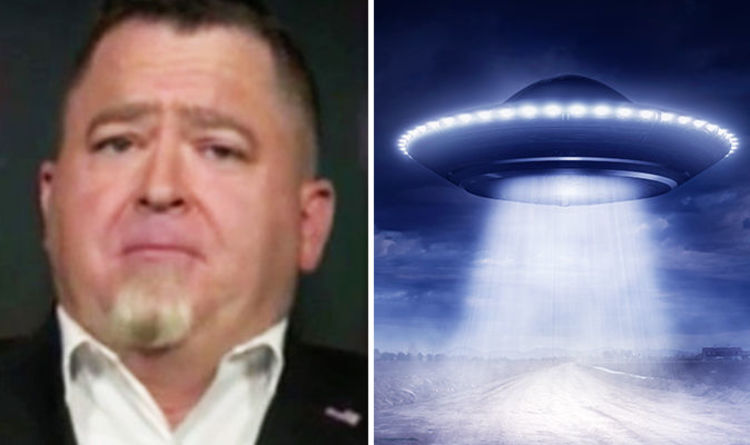 
Luis Elizondo made the remarks after having ran a $22million (£15.9million) US Pentagon programme to study unidentified flying objects from 2008 to 2012.

Money was granted for the programme, known as the “Advanced Aerospace Threat Identification Program” (AATIP) at the behest of former US Senator Harry Reid.

Mr Elizondo said: “My personal belief is that there is very compelling evidence that we may not be alone.”

Whilst he admitted that he could not speak on behalf of the US Government, he has before strongly suggested that there was evidence that stopped him from ruling out the possibility that alien aircraft visited our planet.

Speaking of the objects that were researched, Mr Elizondo said: “These aircraft — we’ll call them aircraft — are displaying characteristics that are not currently within the US inventory nor in any foreign inventory that we are aware of.”

The former Pentagon official also claimed that those working on the AATIP managed to identify “anomalous” aircraft that were “seemingly defying the laws of aerodynamics”.

He added: “Things that don’t have any obvious flight services, any obvious forms of propulsion, and manouvering in ways that include extreme manouverability beyond, I would submit, the healthy G-forces of a human or anything biological,”

The US Government says it shut down the AATIP in 2012.

However, it has been reported its backers have claimed that it remains in existence despite its funding being stopped.

The vast majority of funding for the AATIP went to Bigelow Airspace, a company conveniently owned by one of Mr Reid’s friends and donors, Robert Bigelow.

In May of last year, Mr Bigelow said he was “absolutely convinced” that aliens exist and that UFOs have visited Earth.

Mr Reid, who retired from Congress last year, has consistently defended the programme.

In an interview last year, he said: “I’m not embarrassed or ashamed or sorry I got this thing going.

“I think it’s one of the good things I did in my congressional service.

“I’ve done something that no one has done before.”

Hypertension Drug Shown to Extend Lifespan And Slow Aging in Animals : ScienceAlert
People Who Don’t Exist Look More Real Than Actual People, Study Finds : ScienceAlert
One Simple Idea Makes It Much Easier to Manage Your Weight Over Time : ScienceAlert
There’s a ‘Lost City’ Deep in The Ocean, And It’s Unlike Anything We’ve Ever Seen : ScienceAlert
Scientists Create Shapeshifting Humanoid Robot That Can Liquefy And Reform : ScienceAlert