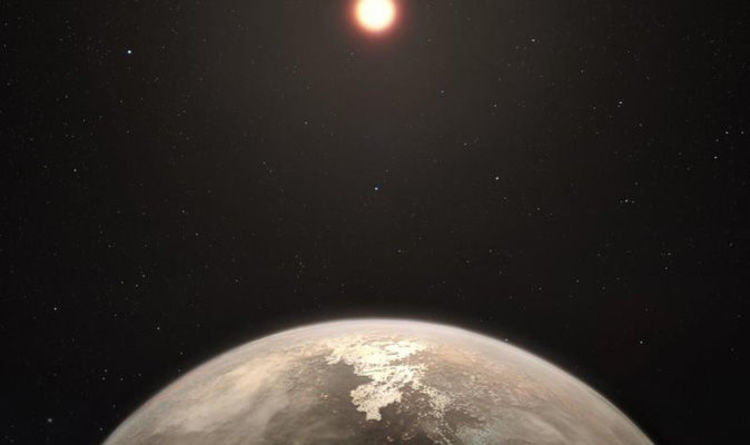 
Scientists have identified Ross 128b, 11 lightyears away, as a potentially habitable planet as it is the right temperature to hold liquid water.

The planet, named so due to it orbiting the star Ross 128, is the Earth’s second closest exoplanet – a planet outside of our solar system. The closes to Earth is Proxima b, which could also be habitable.

Ross 128b is believed to sit in the Goldilocks Zone of its host star – an area in orbit where it is not too hot or too cold, and the conditions are perfect for life.

It is believed to be similar to Earth in the sense that it is a rocky planet.

Diogo Souto, of the Observatório Nacional in Rio de Janeiro, Brazil, said: “It’s exciting what we can learn about another planet by determining what the light from its host star tells us about the system’s chemistry.

“Although Ross 128b is not Earth’s twin, and there is still much we don’t know about its potential geologic activity, we were able to strengthen the argument that it’s a temperate planet that could potentially have liquid water on its surface.”

The researchers were able to determine the planet would have a suitable temperature to support life by analysing the temperature of the host star and combining it with information on the diameter of the planet.

However, there is a catch.

The planet is 11 lightyears from Earth – one lightyear is around 5.88 trillion miles – and mathematicians have determined that, with current technology, it would take approximately 191,251 years to travel that far.

But it is moving towards us very slowly.

Experts predict in about 79,000 years it will be closer to us than Proxima b is, which is 4.22 light-years away.

Weight Lifting in Old Age Does More Than Just Keep Your Muscles Strong : ScienceAlert
Experts Estimate The Scale of The Nord Stream Pipelines Methane Leak : ScienceAlert
Shimmering ‘Lakes’ Under The South Pole of Mars Might Be Something Else Entirely : ScienceAlert
Bitcoin’s Climate Impact Is Bigger Than Beef Farming – And It’s Only Getting Worse : ScienceAlert
We May Finally Know Why Oceans in The Southern Hemisphere Are Getting So Warm : ScienceAlert