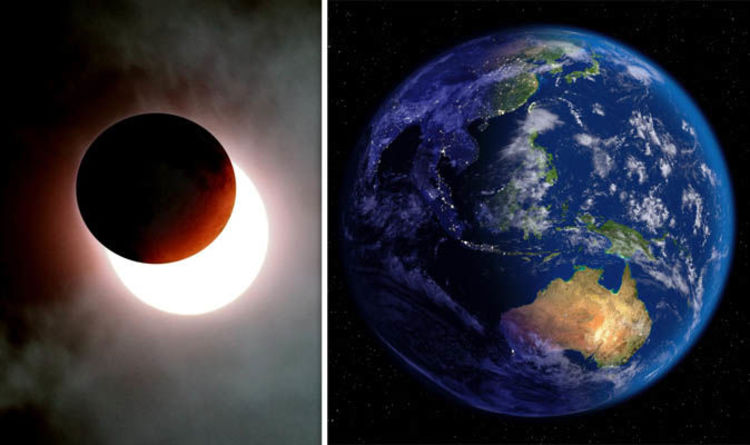 
The partial solar eclipse will peak in the Southern Hemisphere, close to the South Pole, on Friday, July 13.

The July new moon will pass in between the Earth and the sun tomorrow, obscuring part of the sun’s face.

The infamously unlucky day looks to arrive in full force tomorrow because the eclipse will be barely visible by most people.

NASA’s space experts at the Goddard Space Flight Center (GSFC) predict small parts of the eclipse will be visible along the southern coastline of Australia and the southernmost tips of New Zealand.

The eclipse’s unfortunate path over open water means only the most lucky of stargazers in Tasmania, Western Victoria and South Australia will get a peak.

And despite much of the eclipse passing over Antarctica, anyone who somehow ends up on the icy continent, will still miss out because Antarctica is currently under a six-month-long dark winter.

Click here to read more on how to see the partial solar eclipse tomorrow.

For those who would still like to try their luck in spotting the eclipse, NASA said the event will peak around 3.02am UTC or 1.02pm Australia Time.

The eclipse is expected to last around one hour and four minutes from start to finish.

And the situation is not entirely hopeless – the people of Hobart, Tasmania, could see as much as 10 percent eclipse coverage during totality.

Further up north in Melbourne and Adelaide conditions will be much worse.

Astronomers expect those two cities to only see about two percent or less of the eclipse.

Unlike the total eclipse coming up on the night of Friday, July 27, partial eclipses do not blot out the entire sun or moon.

A total solar eclipse occurs whenever the moon passes directly in front of the sun just enough to cover it up.

During a partial eclipse, only a fragment of the moon will obscure the sun’s corona.

There are three solar eclipses this year alone and the next will fall on Saturday, August 11.

Because the moon’s shadow is relatively small, the number of places which get to see a solar eclipse is very limited.

Unfortunately these conditions will exclude most areas in New Zealand and Australia tomorrow.

We May Finally Know Why Oceans in The Southern Hemisphere Are Getting So Warm : ScienceAlert
Bitcoin’s Climate Impact Is Bigger Than Beef Farming – And It’s Only Getting Worse : ScienceAlert
Experts Estimate The Scale of The Nord Stream Pipelines Methane Leak : ScienceAlert
Superconductivity Model With 100,000 Equations Now Contains Just 4 Thanks to AI : ScienceAlert
Secret Clues in Tutankhamun’s Tomb Reignite The Idea That Nefertiti Is Hidden Nearby : ScienceAlert