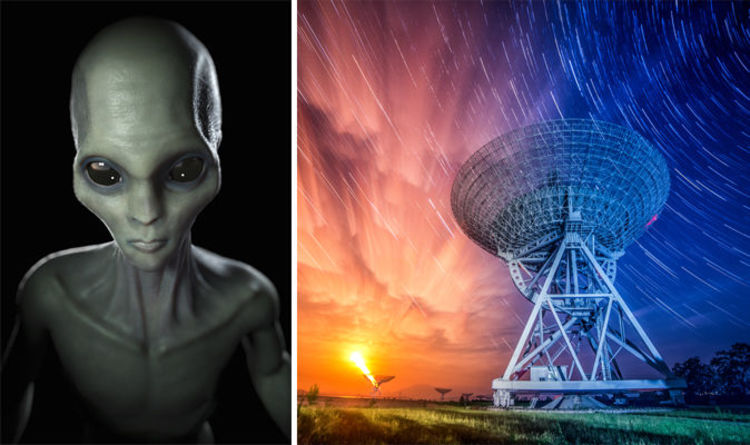 
Researchers working on Breakthrough Listen – a major project which is scanning the stars in search of intelligent life – announced they have found three more deep space signals, with one being the strongest ever detected.

The mysterious and rare signals are what is known as ‘fast radio bursts’ or FRBs but scientists are still unsure what causes them.

However, the experts know these bursts can emit as much energy in a second than the sun does in 10,000 years.

They are exceptionally difficult to study as they can last as little as a millisecond and there is no way to predict when they are coming.

On March 9, astronomers working at the Parkes Radio Telescope in Australia picked up the strongest FRB – dubbed FRB 180301 – ever received.

Just eight days earlier on March 1 a weaker signal was intercepted, while another FRB was detected on March 13, taking the total discovery count to 33.

Breakthrough Listen researchers wrote on a Berkley University blog: “While astronomers don’t know all that much about FRBs – only tens of bursts have ever been detected – we can infer some intriguing details about them.

“Firstly, they exhibit a tell-tale sweep in frequency that suggests they are incredibly far away: billions of light years.

“FRBs travel billions of years to get to us, and only last a few milliseconds, suggesting the emission mechanism is short-lived.

“For us to detect them clearly after such a long journey, they have also to be insanely bright.”

Some experts says they are natural, such as exploding stars, while other scientists believe they are extra-terrestrial signals which were intentionally sent Earth’s way.

Breakthrough Listen researchers continue: “What can produce such bursts? We don’t know yet, but leading theories involve neutron stars and cataclysmic events.

“There’s also a neat theory that they are due to interstellar extraterrestrial travel. We’d love that to be the case, but have to rule out all plausible astrophysical theories first!”