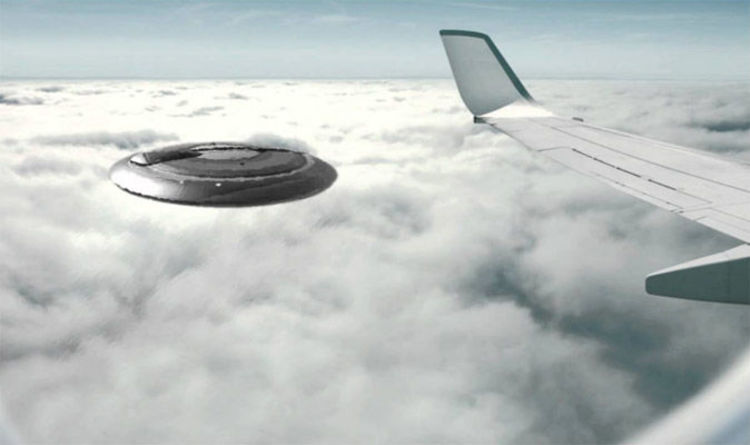 
The eerie airborne encounter was revealed by website The Drive which obtained the official recordings.

One of the planes was flying at around 37,000ft, when the crew spotted something bizarre above them.

They were travelling east between the Sonoran Desert National Monument and the New Mexico Border in the US on February 24.

An N71PG Learjet aircraft asked if traffic had passed above them.

The controller replied “negative” meaning there was nothing to his knowledge that would account for such an observation.

But the pilot replies defiantly: “Something did.”

And another pilot chimes in on the frequency saying “a UFO” to which the Learjet pilot replies “yeah”.

A few minutes later, the controller asked another flight behind to look out for anything passing over “in the next 15 miles”

An American Airlines captain exclaims in a puzzled manner “if anything passes over us?”

The controller hits back: ”Affirmative, we had an aircraft in front of you that reported something pass over him and we didn’t have any [radar] targets, so just let me know if you see anything pass over you.”

And sure enough, a minute later American 1095 airbus calls back to confirm he has spotted the UFO.

He says: “Yeah something just passed over us.

“I don’t know what it was, but it was at least two or three thousand feet above us.

“Yeah it passed right over the top of us.”

Baffled by the report, the controller asks the navigator: ”Could you tell if it was in motion or if it was just hovering?”

The navigator quickly replies: “I couldn’t make it out if it was a balloon or whatnot, but it was just really beaming light or had a big reflection and several thousand feet above us going the opposite direction.”

And according to an FAA representative the incident was not written up and noted or investigated further.

The sightings join the ranks of many recent US Navy pilot radar video releases said to show inexplicable UFOs.

There was also an encounter with a mystery unidentified craft by pilots over Denver.

Thousands of people believe UFOs are the craft of aliens visiting Earth, however, as yet there is no firm proof to back this up.

However, even the Mutual UFO Network (MUFON),m based in the US, which investigates and logs such sightings, says more than 90 percent are down to natural or man made phenomena.