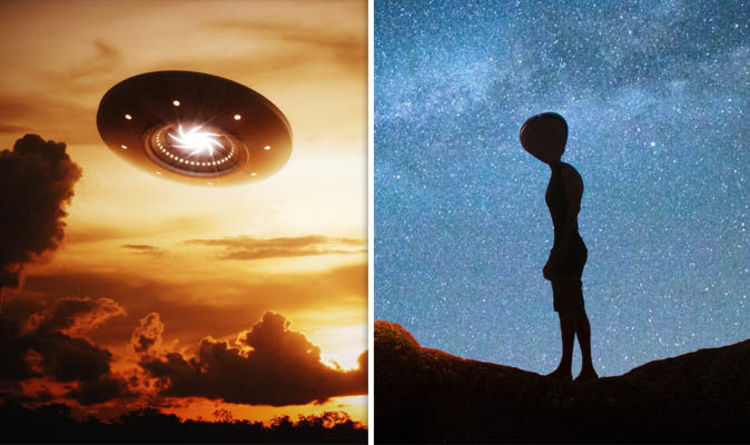 
A dedicated group of space boffins from across the globe have partnered to study attitudes towards the possibility of encountering alien life.

The research team led by Professor Michael Barnum of Arizona State University, US, concluded that humans “will take it rather well”.

Presenting their findings to the American Association for the Advancement of Science, the researchers underlined the positive reactions will outweigh the negative ones.

Professor Varnum joked at the AAAS: “Of course, I would also predict that if a hostile armada showed up near Jupiter, we wouldn’t be happy.”

The space expert said the reaction to extraterrestrial life forms will depend on their attitude towards humans.

He added: “It would be one thing to detect a radio signal from thousands or millions of years ago, or to see evidence of an artificial structure light-years away.

“It would obviously be another if the news were that a hostile armada were coming to attack the Earth.”

The scientists made their startling discovery based on the reactions to a selection of 15 scientific media articles from as far back as the 1960s.

The articles covered topics ranging from the 1967 discovery of pulsars – initially believed to be extraterrestrial broadcasts – to the discovery of numerous habitable exoplanets last year.

A group of 500 people were also presented with a hypothetical discovery of microbial life in space, to gage their responses.

The research paper reads: “In a series of studies, we sought to systematically assess how people may react to the discovery of life that is extraterrestrial in origin.

“Although this topic has generated a great deal of speculation over the years both within and outside academia, it has received scant empirical attention.

“Across a pilot study assessing media coverage and two well-powered studies assessing individual reactions, we find fairly consistent evidence that past reactions have been positive, that people believe future reactions will be positive, and that people actually react in a positive fashion to announcements of the discovery of extraterrestrial life.”

But short of an ET-styled first contact, the researchers focused on the possible discovery of lesser alien life forms and not fully-fledged intelligent civilisations from outer space.

Professor Varnum stressed that these are the types of aliens that will most likely be the first to be found.

NASA infamously set the world’s pulse racing in 1996 after it mistakenly announced its discovery of a Mars meteorite with signs of life on it – life which turned out to be of Earthly origin.

But the study did not reject the possibility of intelligent life somewhere out there and found that large swathes of the US population believes that intelligent UFOs have already visited Earth.

The study reads: “In addition, given that the likelihood of our species making contact with, or finding convincing proof of, intelligent extraterrestrial life is far smaller than the likelihood that we encounter evidence of current or extinct extraterrestrial microbial life, it may be wiser to focus our resources on preparing for the potential societal ramifications of the latter.

“And yet, in none of these societies have we seen an utter breakdown in social order or panic as a result of these widespread beliefs.”

The findings of the study were welcomed by Professor Lewis Dartnell, an astrobiologist from the University of Westminster, who said they were “encouraging”.

‘Funky Worm’ Fossil Helps Explain The Mysterious Origins of Amphibians : ScienceAlert
Our Body Temps Have Been Dropping For 160 Years. Gut Microbes May Be Playing a Role : ScienceAlert
Dogs Can Be Aggressive For Lots of Reasons, And One of Them Is You : ScienceAlert
Bacteria Can Use Plastic Waste as a Food Source, Which Isn’t as Good as It Sounds : ScienceAlert
Scientists Reveal The Most Distant Galaxy We’ve Ever Found : ScienceAlert