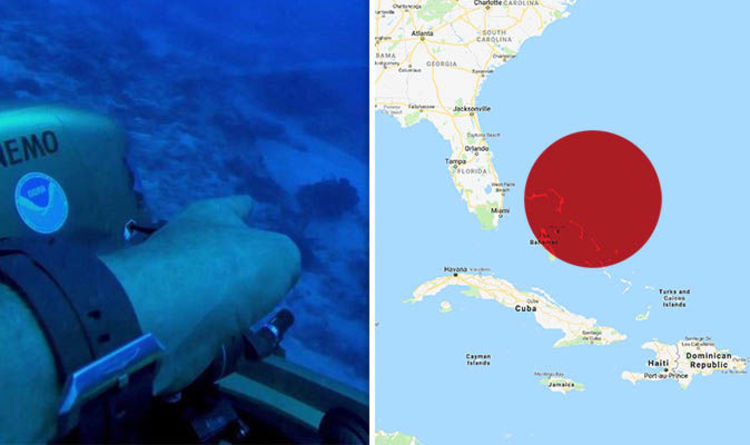 Experienced explorer Darrell Miklos, 55, unearthed a mysterious series of structures, he believes came from another world.

Describing the structure, which he has called a “spaceship”, the explorer said it was covered in 15 unusual “protrusions”.

He said: “It was a formation unlike anything I’ve ever seen related to shipwreck material, it was too big for that.

“It was also something that was completely different from anything that I’ve seen that was made by nature.

“It’s almost like there are five arms coming out of a steep wall cliff and each one of these is the size of a gun on a battleship.

“They’re enormous and then there’s five over here and five over there, 15 in total.”

The treasure hunter refrained from claiming with certainty the structures are coming from space.

He said he wants to remain “neutral” until he can find more evidence backing his theory.

An explorer found a mysterious series of structures within the Bermuda Triangle (Image: DISCOVERY CHANNEL/GOOGLE MAPS)

He told the Mailonline: “I want to see what it is, because it may be nature-made, just a freak of nature.

“But given its placement in this particular part of the Caribbean and given what Gordon has told me about visitors from another planet and the things that I’ve seen, I think it’s definitely worthwhile investigating”.

The structure was found stranded on the seabed near the Bahamas, a Caribbean island part of the notorious Bermuda Triangle.

The area, also known as the Devil’s Triangle, extends for some 1.3million kilometres, and is at the centre of a number of mysterious disappearances of aircrafts and ships. 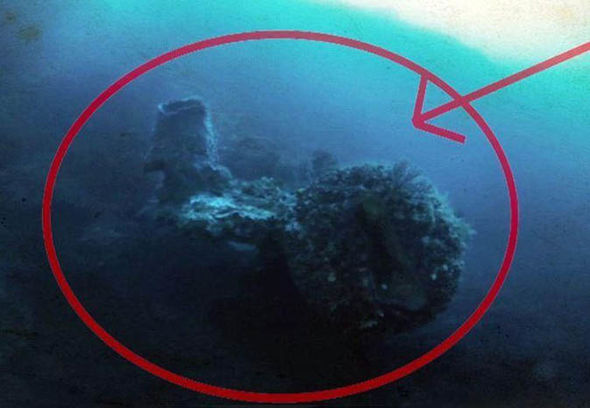 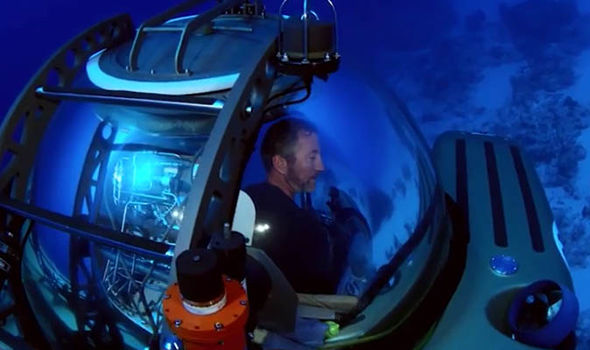 Darrell Miklos said the structures he found are unlike anything he has ever seen before (Image: DISCOVERY CHANNEL)

While many discredit these episodes as myth, others believe they prove the existence of the paranormal and extraterrestrial beings.

Veteran diver Mr Miklos, who will reveal in-depth his findings on his Discovery Channel show Cooper’s Treasure, found the “spaceship” while he was looking for wreckages of English ships linked to the 16th century legendary British sea captain Sir Francis Drake.

But while looking for them, Mr Miklos detected more than 100 magnetic “anomalies” at an undisclosed location deep in the Caribbean waters and followed them. 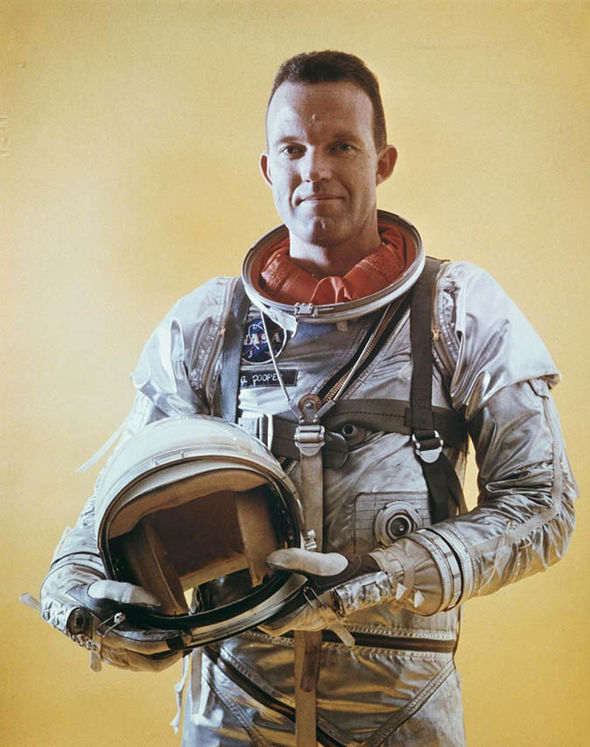 Gordon Cooper was the astronaut who piloted the Mercury-Atlas 9 Faith 7 Spacecraft (Image: GETTY)

What led him to the alien-like “spaceship” was a map designed by the astronaut in the 1960s.

Mr Cooper was the man who piloted the Mercury-Atlas 9 Faith 7 Spacecraft around the Earth 22 times in 1963, an endeavour that paved the way to the landing on the Moon.

The astronaut was also the first American to sleep in space and the first to fly out of our atmosphere twice.

Mr Miklos said the NASA hero was a good friend of his.

Mr Cooper was asked by the US government to conduct a secret spy mission while on orbit. 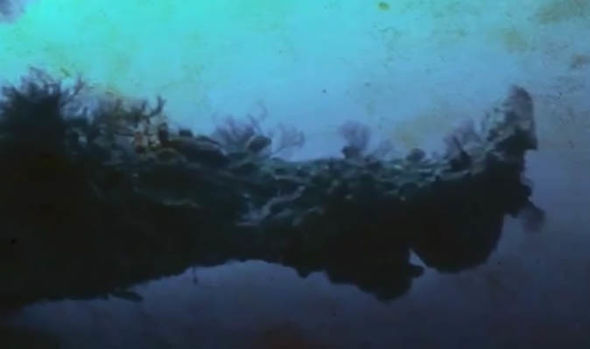 The explorer found the structures thanks to a map drafted in the 1960s (Image: DISCOVERY CHANNEL)

The NASA astronaut, who was active during the Cold War, had to look for any nuclear threat.

While he was trying to spot from space any Russian submarine or missile sites, Mr Cooper noted the positions of Caribbean shipwrecks and created a map on his return to Earth.

Upon receiving a damning diagnose, Mr Cooper gave Mr Miklos the maps, according to the treasure hunter.

A New FRB Signal Has Buzzed Nearly 2,000 Times in Just Two Months, Raising a Mystery : ScienceAlert
Termites Love Global Warming So Much That They May Make It Worse, Says Study : ScienceAlert
A Rare Condition Makes Hair Truly Untamable, All Thanks to These Genes : ScienceAlert
A Stunning New 3D Model of The Cat’s Eye Nebula May Help Us Solve Its Mysteries : ScienceAlert
Ancient Burial of a Young Girl Shows How We Carried Our Babies 10,000 Years Ago : ScienceAlert