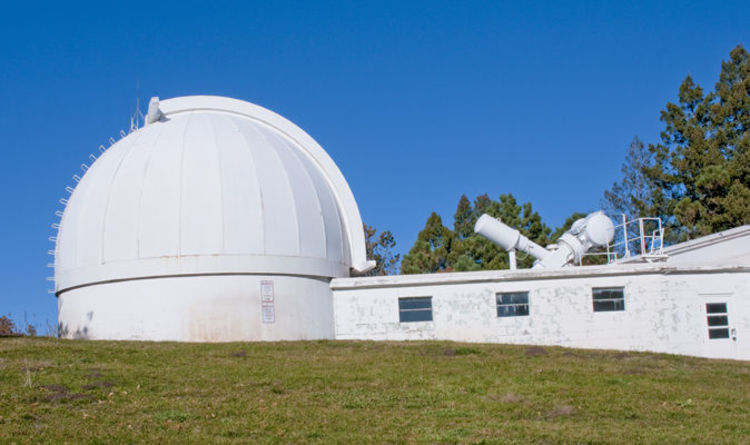 
The sudden unexplained closure by the FBI of the National Solar Observatory (NSO) in Sunspot, New Mexico, has prompted theories about the reason as law enforcement keep schtum.

The observatory was shut on September 6, and more than a week later with no sign of re-opening, authorities are still showing no leeway.

The post office in Sunspot has beeneen closed until further notice with a spokesman for the United States Postal Service telling ABC 7: “We were told on September 6 that we would be evacuated along with the surrounding area, we were not told why.

“We were told just to be out of the area. We remain suspended until we are allowed to return.”

Otero County Sheriff, Benny House, said: “The FBI is refusing to tell us what’s going on. We’ve got people up there (at Sunspot) that requested us to standby while they evacuate it.

“Nobody would really elaborate on any of the circumstances as to why. The FBI were up there. What their purpose was nobody will say.”

A spokeswoman for the Association of Universities for Research in Astronomy (AURA) which manages the observatory, said the evacuation was due to a “security issue.

“It was our decision to evacuate the facility.”

With the closure shrouded in mystery, conspiracy theorists have given their two cents.

Some believe that the solar observatory may have snapped a UFO while they were taking pictures of the sun.

Popular YouTube channel SecureTeam 10 said: “Whether that be some sort of machine or craft while they were taking images of the sun, I don’t know.

“Theories are abound that there could be some sort of alien craft or object, or a massive solar flare or none of the above; we just do not know.

“But there is definitely something off about this.

“Has this observatory captured something that they were not supposed to capture?”

The UFO theory quickly gained popularity, with one YouTube user commenting on the video saying: “Of course they’ll shut it shut it down, they caught something they were not supposed to see. Whether it’s a gov satellite or a ufo, they will erase it all”

Other users were not so convinced, with one saying: “I seriously doubt this event is space related, there are many thousands of telescopes worldwide and dozens of solar observatories.

“This one station is not going to be the only one to see anything. It is something else going on around the town.”