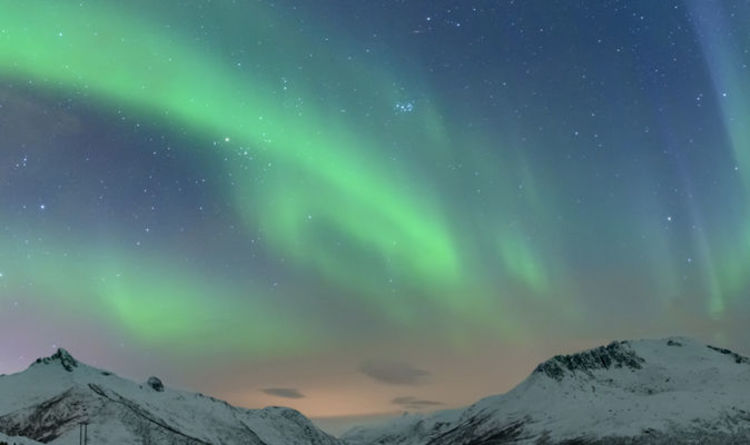 
The eerie face appeared in the skies above Sweden when a G2-class solar storm hit near the northern pole, resulting in a beautiful display of aurora borealis – better known as Northern Lights.

Not only does a green face with small black eye appear at the top of the picture, but at the bottom, a face appears which resemble’s a Storm Trooper from the Star Wars franchise.

“I did a 180° panorama of the sky to capture the entire display over Handöl. While editing, I tried some different options to present the photo.

“Suddenly, when I mirrored the photo, I saw something truly out of this world.

“At the top, the clouds and Northern Lights formed a face that looks like an alien, and at the bottom a Storm trooper is clearly visible.

“Can this really just be a coincidence?”

As the magnetic field – or magnetosphere – gets bombarded by solar winds, stunning blue lights can appear over the upper reaches of the northern hemisphere and the lower parts of the southern hemisphere.

However, there could be much more serious implications.

For the most part, the Earth’s magnetic field protects humans from the barrage of radiation, but it can affect satellite-based technology.