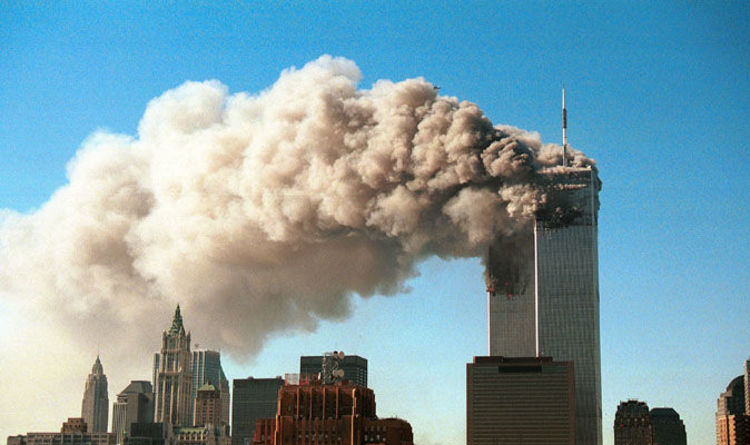 
Theorists claim the worst terror attack in American history was an inside job by the US government, saying it was impossible for the towers to collapse as if it were a controlled demolition without the use of explosives.

And as the world marks 17 years since two planes flew into the World Trade Center, scientists have disproved this theory and performed computer simulations to show how this would happen.

Chemist Frank Greening decided to calculate whether the towers would collapse under their own weight, without the need for explosives.

He told Smithsonian Mag: “The first thing I felt needed to be cleared up was; could the building collapse the way we saw it or did it actually need help from explosives as some people suggested?

“I set up a computer program based on momentum transfer to look at each impact of the floors collapsing.”

The simulations calculated the weight of the two buildings above the impact floors.

Prof Greening discovered that if one floor failed, the weight of the higher floors would cause each storey below it to give way.

As impacts were on different floors, simulation would need to account for the differing mass above each.

There were 15 floors above the impact point in the North Tower, and 22 in the South Tower.

Prof Greening’s simulations showed that the North Tower would fall in 13 seconds once it started collapsing, while the South Tower would collapse in 11 seconds.

These were in fact the exact times the buildings did take to fall.

Prof Greening continued: “I ran the program and it showed that the buildings would come down, but even more interesting was that the computer program predicted the exact collapse times.

“Once the building started to collapse, there was no stopping it. The mass of the upper block in the north tower was equivalent to the mass of the Titanic – about 38,000 tonnes.”