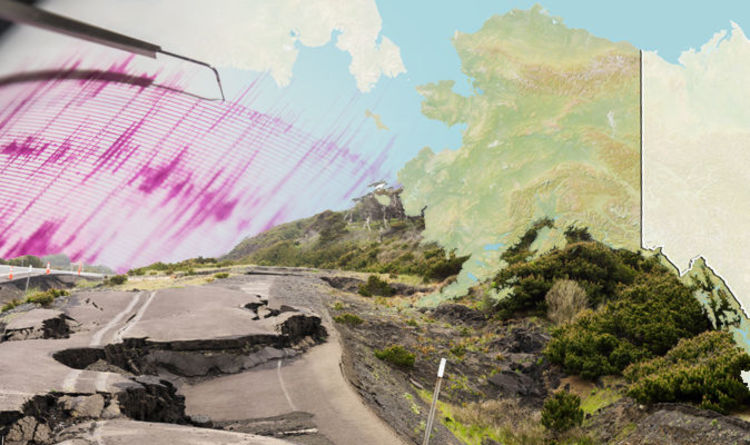 The quake prompted a tsunami warning for parts of Alaska and Canada and a tsunami watch for the entire US west coast, the US Tsunami Warning System said.

And it came just hours after a 6.1-magnitude earthquake struck off the coast of Java, Indonesia.

Emergency services in Japan are also dealing with a seismic disaster after a volcanic eruption sparked an avalanche at a ski resort early this morning.

Now, experts are saying more earthquakes could come along in the next few days.

Davie Galloway, a seismologist for the British Geological Survey (BGS), told Express.co.uk that following the most powerful quake near Alaska, there will be a stream of aftershocks that could have a similar impact.

Mr Galloway said: “Aftershocks can happen for days and we can expect to see some in the coming days, especially after the big one near Alaska.”

He added the aftershocks could be as powerful as a magnitude five, which is considered a “moderately strong” earthquake.

Mr Galloway said all of the seismic activity is likely linked as the tremors are taking place on the Ring of Fire – a fault line which stretches from New Zealand, all around the east coast of Asia, over to Canada down to the southern tip of South America.

The Ring of Fire is “where all the plates meet and they are constantly rubbing against each other”, said Mr Galloway.

However, the seismologist claimed there is “no difference” in the amount of seismic activity currently taking place in comparison to previous years.

The warning comes after Alaska and parts of western Canada braced for a possible tsunami after a magnitude-7.9 earthquake struck the Gulf of Alaska, sparking evacuations in coastal Alaska and a tsunami warning for California that was later lifted.

Residents gathered in shelters on Kodiak Island, the closest land point to the quake, according to the U.S. Geological Survey.

There were no immediate reports of injuries or damage from the quake, which was initially measured at magnitude 8.2.