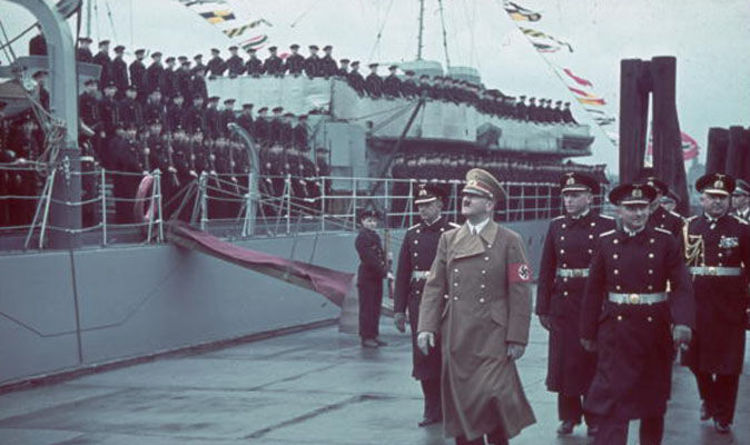 
According to declassified files, the US government seriously looked into the possibility Adolf Hitler escaped Germany on April 30, 1945. The papers explore the idea that the Nazi leader may have made it to Argentina in a German U-boat, via the Atlantic Ocean. According to the reports, a man matching Hitler’s description, minus the moustache, was seen arriving with Eva Braun and their dog Blondi at the South American town of San Antonio Oeste.

Harry Cooper has been investigating whether the claims were feasible for years, and he may have found a breakthrough in his research.

According to Harry, the Furher used a number of the Nazi’s submarines in order to distract the allies and create a “superhighway” for his escape.

“Nothing was left in the middle of the North Atlantic Ocean.

“This pulled all the allies’ anti-submarine assets off the Atlantic, leaving a 300 or 400 mile ‘superhighway’ down the 30th meridian to South America.”

Harry claims there are hundreds of files he has collected over the years that prove Hitler managed to flee Germany for Spain in a plane.

He then says the Nazi leader took a German U-boat below water for the rest of the journey to South America.

However, official reports conflict with the conspiracy theory, claiming that Hitler shot himself as the Red Army closed in on Berlin.

However, despite the alleged sighting recorded by the CIA and FBI, French-led investigations suggest the Further did indeed die in his bunker.

Using remains of a jaw bone that had been hidden by the Russian secret service since 1940 suggests Hitler did kill himself.