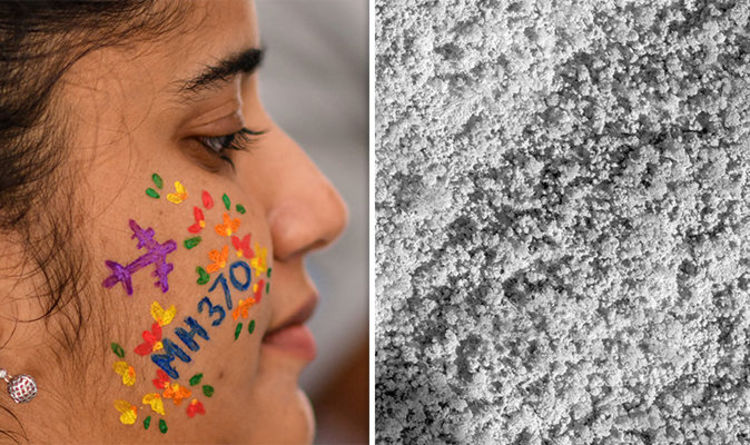 
The Malaysia Airlines Boeing 777 went missing on 8 March 2014 en route from Kuala Lumpur to Beijing. Cambodia came under the microscope after tech expert Ian Wilson spotted what he believes is the plane on Google Maps northwest of the capital Phnom Penh. Mr Wilson embarked on a search on the ground in recent weeks, but was forced to abandon his mission as it was too dangerous.

Before the trip, he said: “I feel like I know the plane is there and I just want to see it through to the end.”

The Google Maps satellite photos show white spots scattered around what appears to be a disrupted forest bed.

Mr Wilson and Mr Boyer believe this is the debris from the crashed plane and that the white areas are the broken plane parts.

Mr Boyer claims he has now uncovered images of the jungle before the plane crash that prove their theory – pictures of the same area in 2008 and 2011 depicting a supposedly undisturbed forest area.

He told Express.co.uk: “I bought some archive imagery of the jungle before the plane crash.

“The jungle is 100 percent undisturbed.

“This is important because with this place being so deserted it’s impossible for any humans to disturb this giant area unless it was a plane crash site.

“Naturally nothing was there before the crash.”

Mr Boyer added: “Objects the size of a house resembling aircraft debris don’t just end up placed five miles deep in the jungle by humans unless of course, it was a plane crash.”

The MH370 commercial aeroplane had 239 passengers and crew on board when it disappeared from radar screens during a handover from Malaysian to Vietnamese air traffic controllers.

Extensive searches have only led to a discovery of some debris, thought to be parts of the wreckages, in the Indian Ocean as well as in South Africa and Mozambique.

In July this year, Malaysian authorities admitted they did not know what happened to the plane.

A Tobacco Plant Has Been Engineered to Produce Cocaine in Its Leaves : ScienceAlert
Octopus Brains Evolved to Share a Surprising Trait in With Our Brains : ScienceAlert
Chilling Glimpse Into Our Future if We Survive Another Million Years : ScienceAlert
Study Attempts to Unravel The Best Ratio of Land to Ocean For Exoplanet Habitability : ScienceAlert
The FDA Just Approved The Most Expensive Drug in The World : ScienceAlert