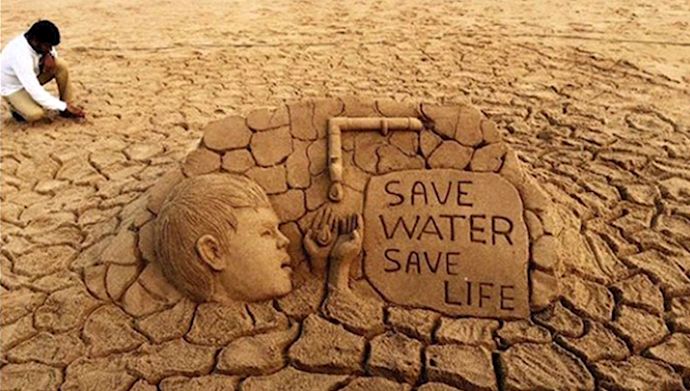 
Developing economies across Asia, Africa and South America, known as the Global South, are steadily running out of drinking water.

And accessing what is available is blowing a major hole in household budgets, a study across 15 cities has revealed.

The study “Unaffordable and Undrinkable” by the World Resources Institute (WRI) says the water crisis is severely “underestimated” and privatizing water supplies in some places has exacerbated the problem.

As reported by the study:

In 12 of the 15 cities, households connected to piped water from the municipal authority only received water intermittently, “which compromises quality”.

The World Health Organization has said the cost of investing in safe drinking water in urban areas will be around US$141 billion over five years. However, total economic losses due to inadequate water and sanitation costs “$260 billion per year”.

The environmental consequences are also very damaging, as people start over extracting groundwater when they cannot get access to piped drinking water. This confirms studies which warned that countries like India are facing a water apocalypse.

Diana Mitlin, one of the lead authors of the study, has been tracking issues around water for years. The UK-based is a professor at the University of Manchester and principal researcher on Human Settlements at the International Institute of Environment and Development, which has its headquarters in London.

“Not enough is being done to understand the water crisis,” Mitlin told Asia Times. “When we look at the data we see that even if there are pipes, there is no water. And if there is water, it is not adequate. Water supply over three hours for just three days in a week is simply not adequate,” she said.

Mitlin and her colleagues also pointed out that the lack of adequate water is also creating a major health hazard.

“We are also witnessing contaminated water entering those pipes due to bad or non-existent sewerage. You can’t have any community getting some water, without proper drainage facilities. For many households, the unpredictable supply is also leading to a fall in productivity and overall economic losses,” she said.

“The urban water crisis in India is no longer the time-bomb that is yet to explode. It is a time-bomb that has exploded with disastrous consequences for the urban poor, and also for the middle class, as we saw in Chennai recently,” she said.

Worryingly, the study points out that global policymakers are overestimating the access to safe drinking water.

According to the authors of the WRI study, “global urban water data contain significant limitations.”

They cited the example of the UN’s Joint Monitoring Program that is assessing the Sustainable Development Goals (SDGs), accusing it of using measurement categories that “superficially consider water quality, regularity, affordability and fail to identify the urban populations at risk.”

“In India and elsewhere in the Global South, as this study correctly points out, piped water is the cheapest source of supply, but the majority of households, especially poorer households do not even have access to piped water,” Mukherji points out.

A key finding of this study shows that privatizing water supplies has clearly not worked. Throughout the 1980s, large parts of the world saw a push for private corporations to help boost urban water supplies. While there was an element of subsidy in providing water supplies, the study found that “lowest-income households were neglected,” as they lived in areas not connected to piped water supplies.

“It is very important that the report has recognized and highlighted that both privatization and commercialization of water supply have failed to meet the needs of the people, particularly the poor and the marginalized,” Shripad Dharmadhikari, a noted Indian expert on water issues, said.

Dharmadhikari, who trained as an engineer from one of India’s most prestigious institutes – the Indian Institute of Technology in Mumbai, has worked on issues related to big dams, surface irrigation, plus groundwater and urban water supply and usage for nearly two decades.

He said: “While the ownership or control of the water supply remains in public hands, operations are on purely market-based, commercial principles.

“The important lesson that would have been good to be explicitly articulated is that supply of water of adequate quality and quantity is a social responsibility of the state, and the state needs to fulfill it on a priority basis.”

The study points out that water resources are rapidly depleting around the world due to a “combination of climate change, pressure from urban populations and changes to the natural and built environments.”

This means that households have to pay a lot more to simply access safe and drinkable water.

As cities in the Global South run out of water, citizens are now grappling with serious economic, health and environmental costs. And that is not good. Signs also show that this problem is also slowly reaching northern countries, with the US introducing first-ever water cutbacks along the Colorado River for 2020.

No One Likes Commutes, But They May Actually Be Good For Mental Health, Study Finds : ScienceAlert
Bigfoot Has a Very Simple Explanation, Scientist Says : ScienceAlert
Wildfire Destruction in The Western US Has Doubled in Just 10 Years : ScienceAlert
Lightning Strikes Create a Strange Form of Crystal Rarely Seen in Nature : ScienceAlert
New Prototype Device Generates Hydrogen From Untreated Seawater : ScienceAlert