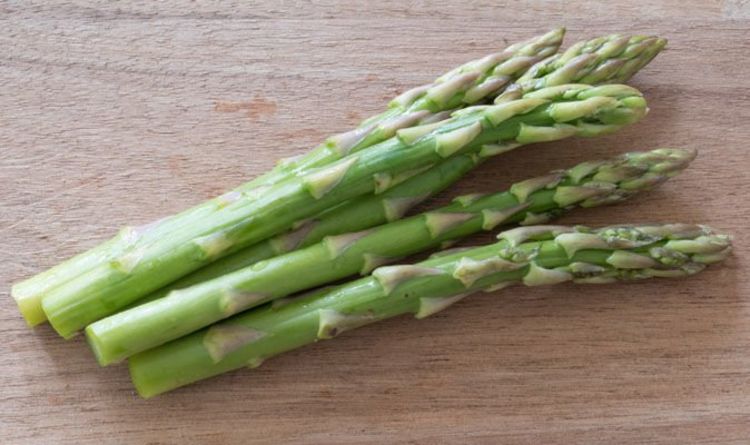 
Jemima Packington is the world’s only ‘asparamancer’ and has used her self-taught skill to remarkably predict events that came true in previous years. She has correctly predicted Brexit, Donald Trump’s presidential win and Emmanuel Macron’s election victory. She even appeared on Big Brother forecasting who would be next to leave the house.

This summer she predicted the England football team would have a successful tournament even before we all started singing Football’s Coming Home.

Speaking to the Mirror, she explained how the vegetable helps her make predictions, by throwing them up in the air and seeing how they land.

Jemima said: “I take what I do seriously but I never take myself seriously.

“When I cast the asparagus, it creates patterns and it is the patterns I interpret.”

The 63-year-old from Bath, Somerset, said her forecasts are surprisingly accurate.

She added: ”I am usually about 80-90 per cent accurate with my predictions.

One prediction for 2018 that Jemima got wrong was foretelling the ousting of Theresa May, which did not happen but came very close when the Prime Minister faced a no-confidence vote earlier this month.

“Occasionally I get one slightly off, where I haven’t quite read it correctly, but I’m never far off.”

Asked what her Vale of Evesham asparagus spears have said will happen this year, Jemima said the country should not worry too much about leaving the EU because Brexit fears will prove “largely unfounded.”

She also said a recession will begin the United States after their trade war with China ends but it will spread across the world, more famous British brands will collapse and England’s have success at the 2019 Rugby World Cup.

However most importantly for vegetable lovers, Jemima said asparagus sales will hit an all-time high.

Ice Melt in Alaska Threatens to Unleash Unprecedented ‘Mega-Tsunami’, Scientists Warn
Medieval Church Ruins Found With ‘Witch Marks’ Removed For a High-Speed Rail
The 20th Century’s Greatest Debunker Has Died, Leaving a Precious Legacy of Truth
Wild Pandas Have Been Caught Mating on Film For The First Time
125-Year Study of Chess Matches Suggests We Don’t Peak at The Game Until Our 30s