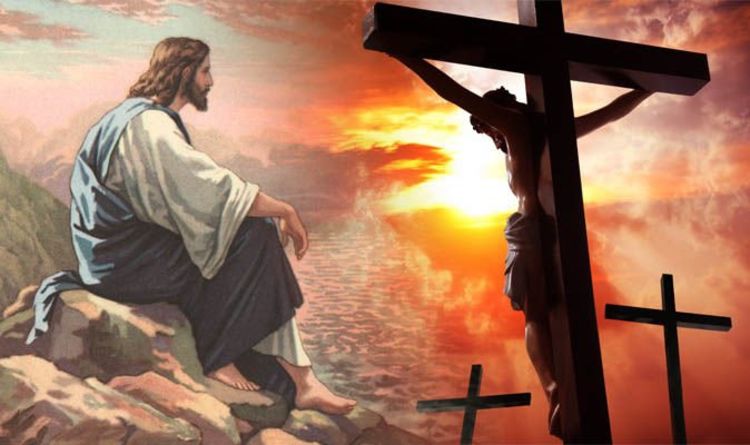 
Calendars for 2018 will roll over into the New Year in just about seven hours here in the UK and with it, Christians are looking forward to another year. Many devout followers of Christ who believe in His imminent return read the Bible for signs of His second coming in the near future. Evangelical doomsday preachers who preach end time prophecies believe the Son of God could return as soon as 2019. Some of these preachers have claimed the upcoming Blood Moon eclipse in 2019 is a fulfilment of prophecy set out by the Book of Revelation, Acts and Joel.

Others have however cautioned Christians from expecting Jesus to descend to Earth in the New Year.

According to preacher Gerald Weston of Tomorrow’s World, a YouTube channel sponsored by the Living Church of God, the Bible rules out the second coming of Christ in the next 12 months.

Mr Weston explained: “The return of Jesus Christ is found in both the Old and New Testaments of the Bible and was predicted by Jesus himself.

“For example in the parable of the nobleman, we find the nobleman – a reference to Christ – going into a far country and returning.

READ MORE: Book of Revelation prophecy 2019: What does the Bible say will happen?

“The meaning is evident – Jesus would leave and come back. So what is the purpose of the parable?”

The preacher said the parable’s hidden meaning is found in the scripture of Luke 19:11.

Luke 19:11 reads: “Now as they heard these things, he spoke another parable, because He was near Jerusalem and because they thought the kingdom of God would appear immediately.”

“He said: ‘A man of noble birth went to a distant country to have himself appointed king and then to return. So he called ten of his servants and gave them ten minas.] ‘Put this money to work,’ he said, ‘until I come back.’

“But his subjects hated him and sent a delegation after him to say, ‘We don’t want this man to be our king.’

“He was made king, however, and returned home. Then he sent for the servants to whom he had given the money, in order to find out what they had gained with it.

According to the preacher, the parable shows the kingdom of God will descend on the Earth in the future, after Jesus leaves the world.

And in John 14, Jesus told his followers he is leaving the Earth and will eventually return but it was not for them to know the time or day of his second coming.

Mr Weston said: “So if the Bible predicts the return of Christ, how do we know that He will not return in 2019?

“This is important because a number of very famous evangelists tell people that He could come tonight. This is simply not biblical.”

According to Mr Weston, the imminent return of Christ will be preceded by 14 signs in the heavens and the Earth.

One of the most crucial signs will be the arrival of the so-called abomination of desolation, as foretold by the prophet Daniel.

He said: “This sign of the end time abomination of desolation and the three years and seven months that must follow has not yet occurred.”