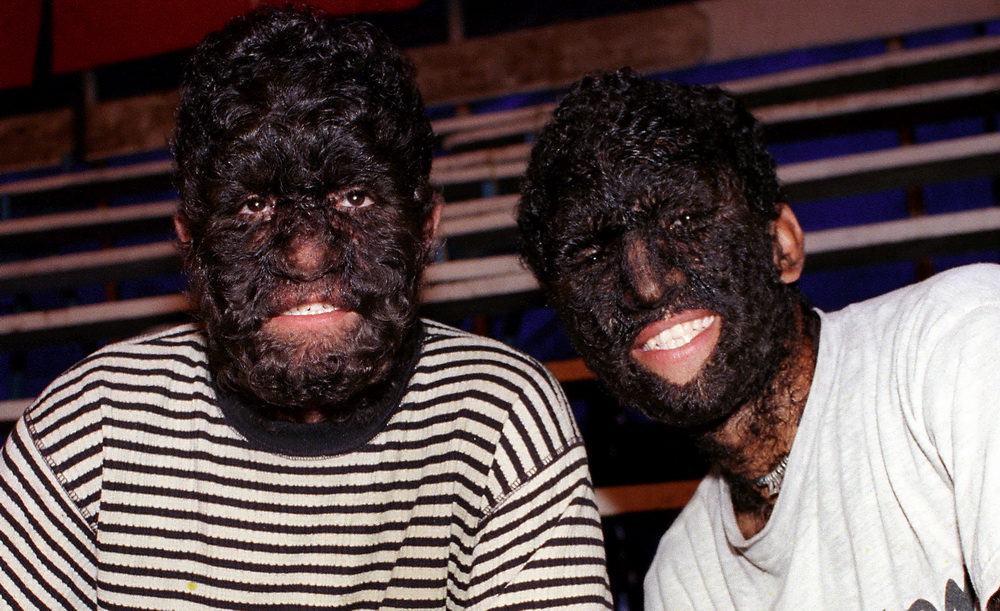 
More than a dozen babies in Spain developed the ‘Werewolf Syndrome’ from drug mix-up.

Can you imagine that? Parents, of course, panicked after seeing the bodies and faces of their babies becoming covered in a dense layer of hair.

Being parents is already stressful. But imagine the terrified mothers and fathers, when suddenly and without expectation, their babies grew a thick layer of hair all over the body. Well, that improbable scenario has just happened this summer in Spain. According to news reports, parents started panicking when 17 children and babies mysteriously came down with hypertrichosis, or “werewolf syndrome,” a condition in which their bodies and faces became covered in a dense layer of hair.

“My boy’s forehead, cheeks, arms, legs and hands filled with hair. He had an adult’s eyebrow,” said Ángela Selles, the mother of 6-month-old baby Uriel. “It was very scary because we didn’t know what was happening,” Selles said.

So What The Hell?

At first, parents and doctors couldn’t figure out what was wrong. Was it genetic? A metabolic disorder? On Wednesday, August 28, the Spanish Health Ministry finally announced that it had discovered the root of the problem. In a pharmaceutical mix-up, babies across Spain had been inadvertently dosed with a medication for alopecia, or hair loss.

All the affected children had one thing in common: They were all taking the same medicated formula that supposedly contained omeprazole, a drug used to treat acid reflux disorders. Early in July, the drug was identified as a suspected culprit for the condition and pulled from the shelves.

A later investigation by Spain’s Agency for Medicines and Health Products (AEMPS) revealed that instead of omeprazole, the formula the babies were drinking contained minoxidil, a drug used to stimulate hair growth.

The mix-up happened when, at some point in the packaging process, the medication was mislabeled as omeprazole. By Aug. 6, 22 batches of the tainted formula had been recalled. On Tuesday (Aug. 27), the factory where the drug was produced closed down.

Hypertrichosis is typically associated with an extremely rare genetic condition in which excessive hair growth begins in infancy and persists into adulthood. Only about 50 cases of this kind of hypertrichosis have ever been documented.

Below is the story of Lalit Patidar, an boy living in India, who was born with Hypertrichosis, a condition more commonly known as Werewolf Syndrome:

Unlike people with genetic hypertrichosis, however, the babies affected by the mislabeled drug won’t always be hairy — the excess hair should begin to fall out after a few months.

Still, it’s been an ordeal for the parents, who spent weeks shuttling their kids to specialists, and for older kids who were teased at school for their unusual appearance. In addition, at least one child developed liver damage as a result of the mix-up.

Four families are now preparing to launch a lawsuit against FarmaQuimica Sur, the company behind the mixup. I would too. These pharmas are messing with people’s lives and still make billions of dollars.