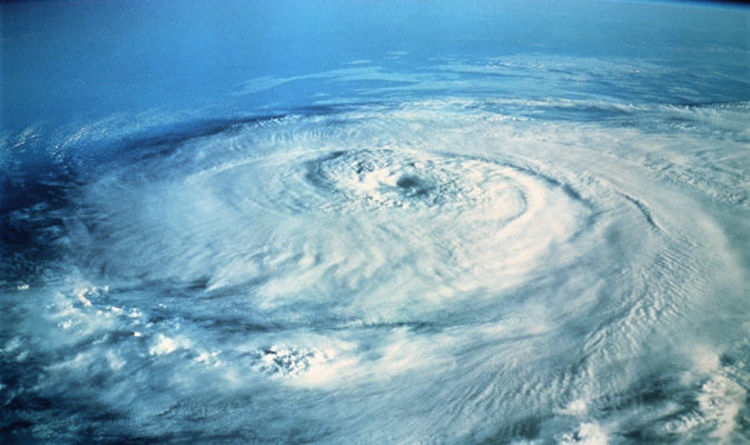 But scientists now warn as the Earth gets warmer as a result of climate change, hurricanes will produce more wind and rain, becoming Category Six.

Hurricane Beryl is currently coasting over the Caribbean with wind speeds of up to 60 miles per hour, but if and when it reaches Florida, scientists believe the gusts could exceed the 200mph barrier needed to become the first category 6 on record.

Hurricanes will become stronger and wetter as global warming will increase the temperature of the oceans.

Warmer oceans are a more successful breeding ground for storms and hurricanes.

Adam Sobel, professor of applied physics at Columbia University and director of its Initiative on Extreme Weather and Climate, told the LA Times: “There’s almost unanimous agreement that hurricanes will produce more rain in a warmer climate.

“There’s agreement there will be increased coastal flood risk, at a minimum because of sea level rise. Most people believe that hurricanes will get, on average, stronger.

“There’s more debate about whether we can detect that already.”

Brian Soden, professor of atmospheric sciences at the University of Miami’s Rosenstiel School of Marine and Atmospheric Science, added: “Whether we’re talking about a change in the number of storms or an increase in the most intense storms, the changes that are likely to come from global warming are not likely to be detectable until 50 years from now.”

2017 saw 10 hurricanes with Harvey, Irma and Maria killing more than 350 people and causing hundreds of billions of pounds worth of damage to infrastructure to the United States and the Caribbean.

The hurricane season is from June to November when the seas are at their warmest and most humid, creating ripe conditions for a hurricane to develop.

Previous research from Colorado State University found that there could be up to 18 named storms in 2018 – there were 17 in 2017.

A statement from Colorado State University read: “We anticipate a slightly above-average probability for major hurricanes making landfall along the continental United States coastline and in the Caribbean.

“As is the case with all hurricane seasons, coastal residents are reminded that it only takes one hurricane making landfall to make it an active season for them.”