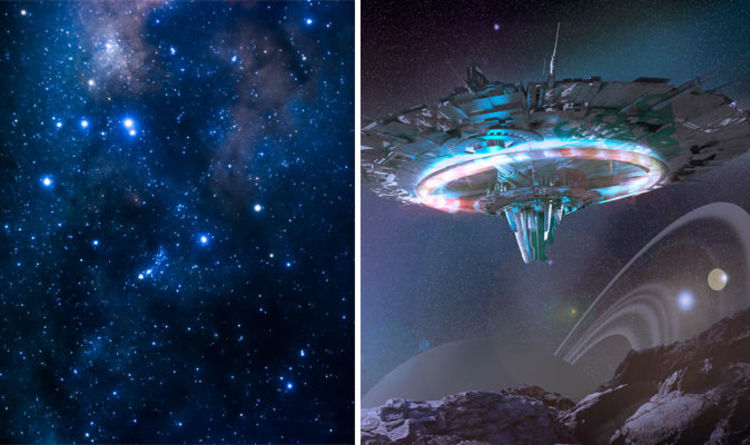 He referred to these civilisations as ‘Levels’ – humans would currently only be a level one as we are yet to harvest all of the sun’s energy.

Now, a new paper has said that harnessing the energy from all nearby stars is not just the best way to increase a civilisations resources, it could be the only way in the future.

This is because of dark energy.

Dark energy is an invisible force which is yet to technically be detected.

However, scientists largely believe that it does exist and acts as a sort of anti-gravity, which is causing the universe to expand.

There will be a point in billions of years time when the universe has expanded so much that planets will only be able to see their host stars – any others will be too far away.

For this reasons, advanced alien civilisations may be grouping stars together to ensure their civilisation never runs out of energy.

Dan Hooper, a senior scientist at the Fermi National Accelerator Laboratory in Illinois and a professor of astronomy and astrophysics at the University of Chicago, wrote in a new paper: “The presence of dark energy in our universe is causing space to expand at an accelerating rate.

“The stars will become not only unobservable, but entirely inaccessible, thus limiting how much energy could one day be extracted from them.

“Given the inevitability of the encroaching horizon, any sufficiently advanced civilisation that is determined to maximise its ability to utilise energy will expand throughout the universe, attempting to secure as many stars as possible before they become permanently inaccessible.”