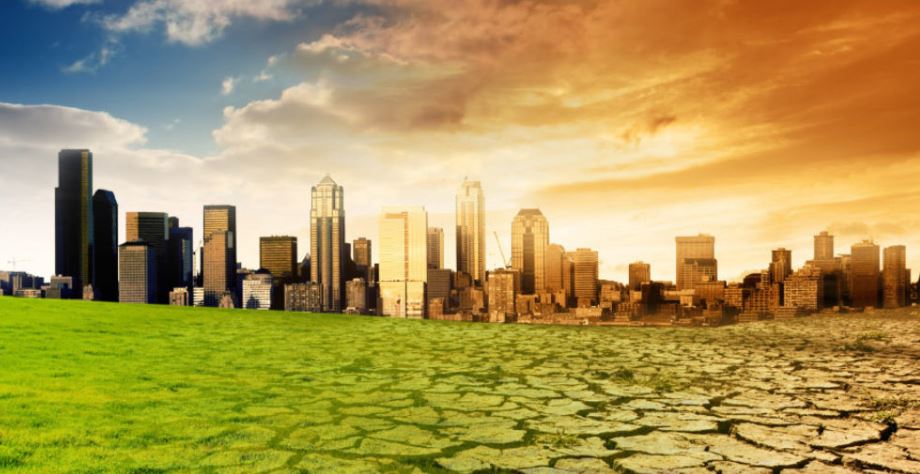 
Between record heat and rain, this summer’s weather patterns have indicated, once again, that the climate is changing.

Maybe in 50 or 60 years, living in some cities will be unbearable.

In urban areas, heatwaves are exacerbated by vehicles, industrial processes and the presence of heat-retaining concrete and asphalt. And it is in cities – especially in low-lying poorer areas – where record rainfall often accumulates.

“People are coming into urban areas and they cannot be stopped,” says Chandana Mitra, an associate professor of geosciences at Auburn University, who studies the impact of heat on cities. Mitra has experienced the impact of climate change in her hometown of Kolkata, India, and is now observing it in Auburn, Alabama, and nearby Birmingham. “Everyone aspires to be in an urban area and there is chaos.”

While the impacts of climate change are fundamentally local, experts say heat is one of the most concerning, especially in cities.

“From a disaster perspective, [heat] is invisible,” says Kurt Shickman, executive director of the Global Cool Cities Alliance. Mitra likens the problem to having a finger in a pan of water while someone gradually turns up the heat. “Maybe in 50 or 60 years, living in some cities will be unbearable. There could be a tipping point of no return.”

A study by the University of Maryland published this year predicts that by 2080, Denver will be as hot and wet as Borger, Texas, about 50 miles (80km) north of Amarillo; Philadelphia will feel warmer and drier – more like Memphis, Tennessee, and New York City will be up to 9F (5C) warmer, with a climate similar to Jonesboro, Arkansas. The study, which accompanies a tool that allows US users to find what their city will be like by 2080, shows that if emissions continue at the current pace residents in cities around the nation will:

How the climate crisis will impact US cities

With a string of subsequent record hot years and increasing flooding, cities are already dealing with the impacts of a changing climate:

Deaths. According to the Centers for Disease Control and Prevention, an average of 658 people die every year from heat-related causes. From 1999 to 2010, 8,081 heat-related deaths were reported in the United States and occurred more commonly among older, younger and poorer populations. Urban heat islands retain heat overnight, preventing people from sleeping well and leading to even more health problems, says Lucy Hutyra, an associate professor of earth and environment at Boston University. Air pollution is often worst on hot days, and when people leaven windows open for air flow, the quality of the air can cause respiratory problems. Warmer, moister conditions also mean that heavy rainfall and subsequent flooding is on the rise; so far this year 78 people have died as a result, according to the National Weather Service.

Power outages. As experienced by New Yorkers this year, excessive heat in conjunction with excess demand for electricity for air conditioning can cause the grid – or portions of it – to fail. “Energy demand is going to go up,” says Shickman. “It’s a substantial and nonlinear reaction. Our grid is going to be taxed in ways I don’t think we are prepared for.” Shickman says that going from an 80F day to a 90F day would require an additional 20-25% power. Going to 95F requires almost 40% more power. Excess heat can also evaporate water needed to cool power plants, forcing some out of commission.

Infrastructure failures. In addition to electricity grid problems, asphalt can melt in excess temperatures; rail tracks expand; and can even affect airports – currently some airplanes can’t take off from Phoenix airport, for example, when the temperature exceeds 118F because the air is too dense. Heat is a problem for all areas of city governance, said Shickman. “If you ask any sort of department head what is your biggest challenge, heat is probably not number one, but I guarantee you it’s somewhere between number two and number five.” But, he says, unfortunately there are no “heat czars” to manage the issue. Flooding, too, can wreak havoc on a city’s infrastructure, from blowing out bridges and roads to inundating water treatment plants.

Economic Impact. According to a 2018 study by Texas A&M University: “The growing number of extreme rainfall events that produce intense precipitation are resulting in – and will continue to result in – increased urban flooding unless steps are taken to mitigate their impacts.” The 2017 National Climate Assessment concluded: “Heavy downpours are increasing nationally, especially over the last three to five decades …[and that] … increases in the frequency and intensity of extreme precipitation events are projected for all U.S. regions.” Between 2007 and 2011 alone, urban flooding in Cook County, Illinois, resulted in over 176,000 claims or flood losses at a cost of $660m (£545m).

How US cities are trying to respond

Becoming aware of the threat of heat and other climate changes is one thing. But doing something about it is difficult with limited budgets and multiple priorities, and “there is no one solution,” says Shickman. With that in mind, here are some of the ways cities are addressing heat and extreme precipitation.

Communication. In New York City, home health aides are being trained to recognize the signs of heat stress with their clients. In Auburn and Birmingham, Mitra talks to churches, service groups and individuals about urban heat islands, individual carbon footprints and solutions. One of her students is developing an app around the issue, while another group is working on an Alabama specific YouTube channel to communicate about climate breakdown-related problems and solutions. “Many people in Alabama have yet to realize the rate at which things have been changing,” Mitra says. The Texas A&M study recommends better communication and coordination between federal, state and local agencies to address the problem of urban flooding.

Trees, plants and green infrastructure. Trees not only offer shade, but they cool the air by evaporating water. Adding more plants and trees, like New York City has done with its million tree program, can reduce the temperature of a city as well as soak up excess stormwater. Hutyra says such an approach won’t work everywhere – Los Angeles had numerous problems with its one million tree program in part, because of the city’s water scarcity. But areas of the northeast with plenty of water can fill empty tree wells and better develop parks and greenways to mitigate the heat. One of Mitra’s favorite solutions is urban gardens. She points to Atlanta, which is working to develop a seven acre food forest that will also help reduce carbon footprint. Restoring or widening waterways, as is being done with Houston’s Brays Bayou, can provide cooler greenspaces, as well as capacity for excess stormwater.

Cool roofs and pavement. “At a minimum all roofs should be white with the exception of solar and green roofs,” says Shickman, whose Global Cool Cities Alliance has launched the One Million Cool Roofs Challenge. White or light colored roofs reflect heat and can lower the overall temperature in a city as well as making individual buildings and homes cooler. According to one study, significant lightening of roofs and pavements could reduce temperatures in Chicago by 2.7F (1.5C). After Louisville, Kentucky, was identified as one of the fastest heating cities, local government began offering rebates for cool roofs in low income communities. San Antonio offers help for low-income residents to replace older roofs with lighter colored shingles and a thermal barrier, providing up to $1,000 per household a year in energy savings, Shickman says. He adds that in terms of infrastructure changes, Los Angeles is leading efforts on cool pavements, testing reflective coating on 17 blocks of the city and helping to refine pavement products.

Air conditioning. While the least optimal solution, air conditioning is the most realistic one to beat the heat, says Hutyra. Air conditioning can raise the temperatures within cities through its waste heat and, when powered by fossil fuels, can contribute to the problem of climate change. But Hutyra says a more distributed electricity grid with energy from renewable sources could help alleviate some of those concerns.

Cities in the future, Hutyra says, won’t be unliveable, “They just will be different. I think how we play and live and move in cities today isn’t how we did 20 years ago. I think in the face of these large changes in climate coming our way … I think it will reshape what our cities look like and how we live in them.”

Hopefully we will still live on Planet Earth in 20 years.

Scientists Create Shapeshifting Humanoid Robot That Can Liquefy And Reform : ScienceAlert
Sword Mistaken For Replica Is Actually An Ancient 3,000-Year-Old Weapon : ScienceAlert
An Iceberg The Size of London Has Broken Free From Antarctica Ice Shelf : ScienceAlert
Earth’s Inner Core May Right Now Be in The Process of Changing Direction : ScienceAlert
Bacteria Can Use Plastic Waste as a Food Source, Which Isn’t as Good as It Sounds : ScienceAlert