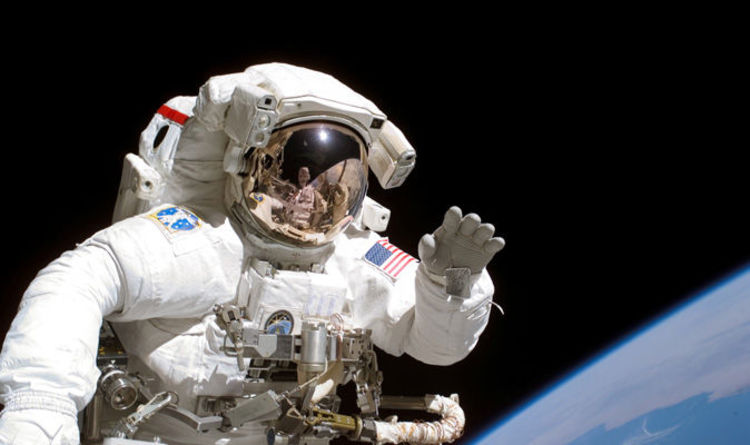 
NASA will broadcast the event on NASA TV which will see the pair of space travellers step outside of the ISS to move components for the station’s robotic system into long-term storage.

The two astronauts embarking on the mission will be Mark Vande Hei of NASA and Norishige Kanai of the Japan Aerospace Exploration Agency (JAXA).

Expedition 54, as the mission is known, will by Mr Vande Hei’s fourth spacewalk, whereas it is the first for Mr Kanai.

NASA will begin broadcasting the event at 10.30 GMT on Thursday, February 25, although the spacewalk itself will not begin until 12.10 GMT.

According to NASA: “They will move a Latching End Effector (LEE), or hand, for the Canadian-built robotic arm, Canadarm2, from a payload attachment on the station’s Mobile Base System rail car to the Quest airlock.

“This LEE was replaced during an Expedition 53 spacewalk in October 2017, and will be returned to Earth to be refurbished and returned to the orbiting laboratory as a spare.

“They also will move an ageing, but functional, LEE that was removed during a January 23 spacewalk from its temporary storage outside the airlock to a long-term storage location where it will be available as a spare part on the Mobile Base System, which is used to move the arm and astronauts along the station’s truss structure.”

The spacewalk had originally been planned to take place on January 29, but this was postponed when an LEE that was installed on January 23.

This will now be the third spacewalk of the year following the January 23 one, which Mr Vande Hei participated with, and one that took place on February 2 that lasted for over eight hours.