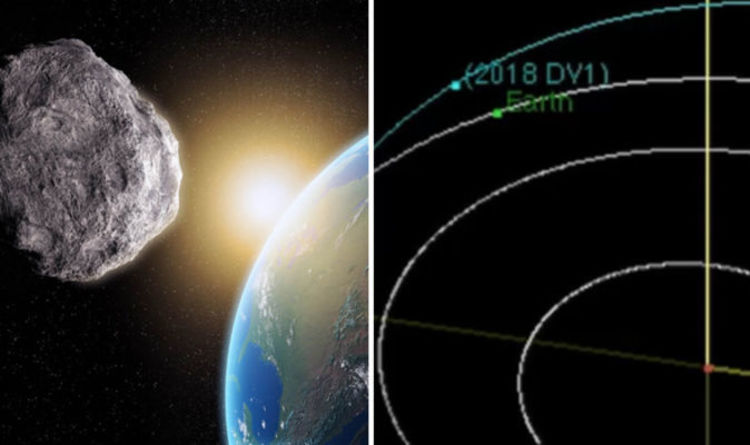 
You can watch the bus-sized space rock, named Asteroid 2018 DV1, travel past us around 5am GMT.

It will be travelling roughly 113,000km from our beloved planet.

Luckily, we get fly-bys like this several times a year which pass without incident.

One asteroid came almost three times as close to our planet on January 18th and a pair of celestial wanderers made similar moves on the same day last month.

Small asteroids are believed to have been passing our planet for millions of years.

Asteroid 2018 DV1 was discovered by the Mount Lemmon Observatory in Arizona.

According to NASA the chunk of rock is a whopping 12m wide.

While it won’t be visible without a telescope, you will be able to view it on the live stream – above.

2018 DV1 will be the 18th known and sixth closest asteroid to fly by Earth within one lunar distance since the start of 2018.

While the asteroid is expected to miss our planet, experts believe it would be worse than the impact of the 59ft asteroid – which hit the Russian city of Chelyabinsk in 2013 – if it did.

That particular blast injured around 1,500 people and damaged over 7,000 buildings.

An anxiety-worthy asteroid encounter will take place on March 7th, however, when a “potentially hazardous” rock bigger than Buckingham Palace will embark on a similar journey.

A Lost Interview With The ‘Father of The Big Bang’ Was Just Discovered : ScienceAlert
Lightning Strikes Create a Strange Form of Crystal Rarely Seen in Nature : ScienceAlert
Incredible Footage Shows Planets Circling a Star Light-Years Away : ScienceAlert
Wildfire Destruction in The Western US Has Doubled in Just 10 Years : ScienceAlert
Bigfoot Has a Very Simple Explanation, Scientist Says : ScienceAlert