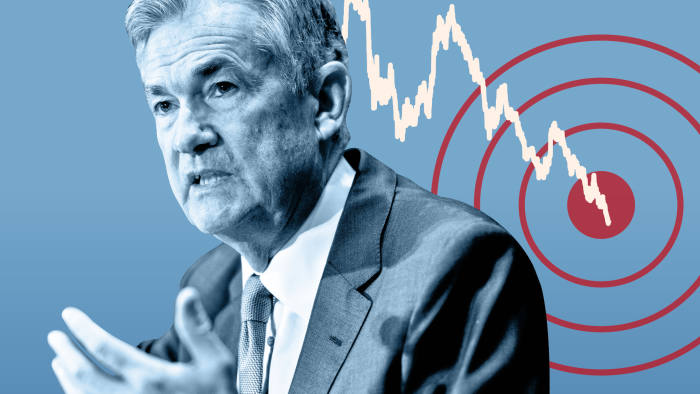 
If the US economy is looking good (think: low unemployment, strong GDP), the Fed often decides it can handle higher rates.

But if the economy isn’t looking too hot, the Fed gives it a boost with lower rates. That helps encourage people to spend money and companies to invest in those big ideas bosses keep talking about.

So that isn’t good news at all! Except for the stock market. If you were wondering what the money doctors at the Fed do, they take the US’s economic temperature and prescribe interest rates. The goal is to keep the economy growing nice and steady – not too fast, not too slow.

So tomorrow’s decision means that Fed Chair Jerome Powell thinks the US economy could use an assist. That’s because of things like trade tensions and a global economic slowdown, which could lower demand for US-made products abroad.

But why are people people saying the economy is doing well?

Well, US unemployment is close to a 50-year low. This would be the first time the Fed is lowering interest rates since the 2008 financial crisis. There isn’t consistent messaging from Fed officials on why they’d lower rates, but it appears to be to try to keep the good (economy) times rolling.

Some say the move will help the stock market, not the actual economy. Others say this could help protect the economy from an economic downturn. President Trump has repeatedly made it clear he wants lower rates to apparently keep the economy on the up and up – but he’s unimpressed with the expected rate cut. Also, the Fed says that lowering rates has nothing to do with getting Trump off its back. So stop asking.

Even though the Fed’s hinted at it, we’ll learn tomorrow whether rates are officially going down. And by how much.

It’s unclear if this potential interest rate cut is the Emergen-C to help keep a cold (hint: US recession) away. Or if it’s like overmedicating an already healthy economy… potentially fueling economic bubbles like the one that led to the 2008 financial crisis. In other words, the stakes could be high – and this is already being seen as the biggest test for Powell so far.

Bacteria Can Use Plastic Waste as a Food Source, Which Isn’t as Good as It Sounds : ScienceAlert
Babies May Not Be Born With a Microbiome After All, Scientists Say : ScienceAlert
Physicists Break Record Firing a Laser Down Their University Corridor : ScienceAlert
Scans of Mummified ‘Golden Boy’ Reveal He Was Covered in Magical Protections : ScienceAlert
An Iceberg The Size of London Has Broken Free From Antarctica Ice Shelf : ScienceAlert