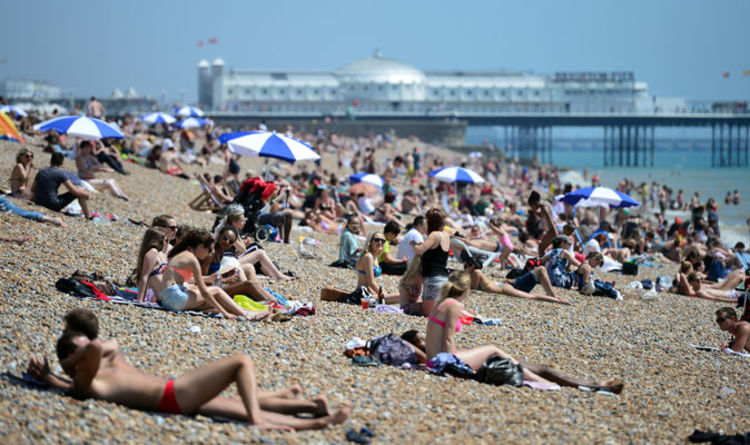 
Major cities around Europe, including London, have seen temperatures well in excess of 30 Celsius and the untypical scorching weather across western and northern Europe shows no sign of slowing down.

US space agency NASA has been monitoring the effects the heatwave has had on Europe, and the results highlight just how scary clim,ate change really is.

In a series of before and after pictures, the searing weather has had a “browning” affect on Europe as the heatwave and drought have taken their toll on the continent.

The United Kingdom is particularly badly off, according to the NASA images with two pictures taken in July of 2017 and 18 showing the stark contrast.

The southeast of England has lost its green and almost looks as if it were a dry desert.

Peter Gibson, a postdoctoral researcher at NASA’s Jet Propulsion Laboratory, examined how July temperatures have changed over the last 50 years, and says there has been an increase almost every year.

This means that situations like this are going to become far more common in the future.

He said: “If the globe continues to warm, it’s clear we will continue to see events like this increasing in frequency, severity, and duration.

“We found that parts of Europe and North America could experience an extra 10 to 15 heatwave days per degree of global warming beyond what we have seen already.”

However, Mr Gibson said that this year’s heatwave has been exacerbates by the unusual positioning and persistence of the jet stream – a stream of air up to 16 kilometres above the Earth’s surface and move weather systems around the globe – which has been stuck across northern Europe.

Mr Gibson said: “Scientists are still working out the details of how climate change might be influencing the jet stream.

“But we already know the background state of the climate has warmed by about one Celsius, indicating some human influence on this event.”