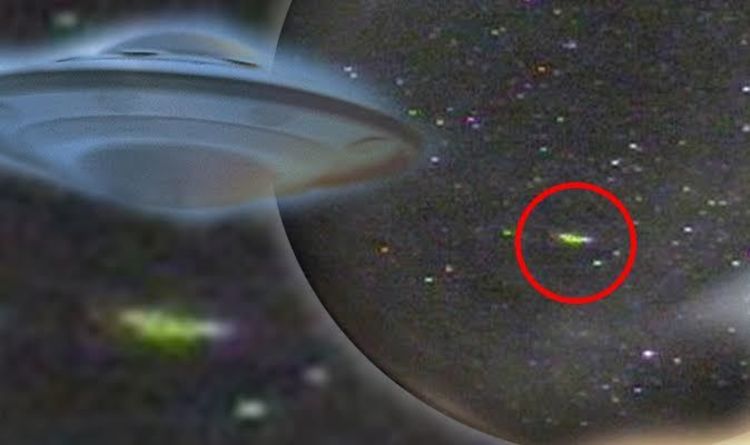 
The US-based Mutual UFO Network (MUFON), which investigates and records UFO and alien sightings across the globe, was today contacted by amateur astronomers in Ireland and the USA with reports about two separate sightings.

One witness, in Olancha California, whose name has not been released by MUFON, sent in a video of a bright object crossing the night sky which was captured by an “all-sky night camera.”

In a report to MUFON, they ruled out it being a satellite or meteor.

“It was too late at night to be a satellite (plus satellites don’t travel E to W) and too slow for a meteor.

“An aircraft might be possible, but normally aircraft at night flying high are almost totally dark and invisible, this thing got near magnitude -6 at the high point, with multiple colors white, green, pink.

“Unlikely to be aircraft headlights, since it got brightest when it was nearly overhead, not when approaching, so would be looking right at the object’s side when brightest.

“This is a rural area with no nearby airports. Was indoors at the time, so can’t say if it made any sound or not. No loud sound.”

The Republic of Ireland is eight hours ahead of California, but neither witness gave a time of their sighting, so it is impossible to tell which was first.

The second witness, who has also not been named, was in Westport, in County Mayo, on the west coast of Ireland.

Their report said: “I’m an experienced sky watcher in the West of Ireland and know very well what aircraft look like.

“I live on a busy air corridor from the US to Europe.

“I also know what a satellite and space debris looks like.

“Tonight I saw a strobe-like flash in the sky to the north west from the corner of my eye and again several seconds later.”

They said they locked onto it and counted 13 seconds between single white strobe like flashes.

They added: “It initially appeared not to be moving but I soon realised it was moving considerably slower than an aircraft or way slower than a satellite and space debris.

“It took over an hour to cross the sky and seemed to be at great altitude or in orbit.”

The witness said they checked flight radar websites and several satellite tracking apps, which “revealed nothing.”

They added: “I tried to capture a video but my phone wasn’t up to the job. I watch the sky on a nightly basis and have seen loads of strange stuff which I could explain but this was very different from any thing I’ve seen.”

MUFON is investigating both cases.

It cautions, however, that most suspected UFO sightings can be explained as natural phenomena or man-made aircraft.