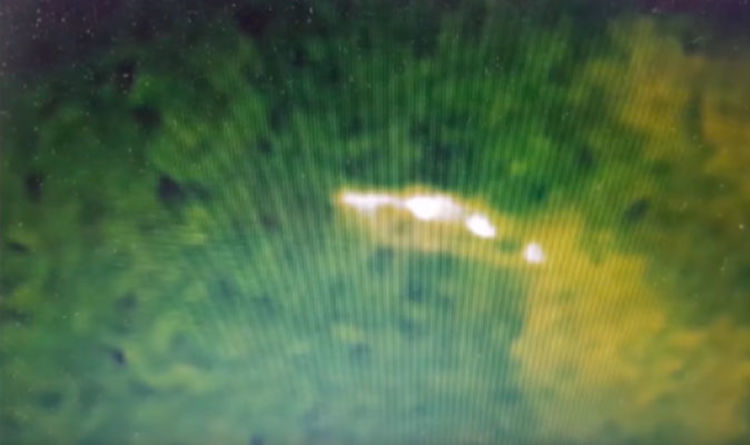 
Angelo Carannante, president of the Mediterranean UFO Centre (Cufom), has published the extraordinary document full of images from all over Italy and especially from the skies of Liguria.

Mr Carannante said the sightings were accompanied by photos and videos that have been carefully screened and investigated by Cufom specialists.

He said the UFO reports from across the country were supported “with surprising and eloquent images”.

Mr Carannante said those who reported sightings were “the most varied people and many foreigners”.

He said: “It seems that in 2017 there has been a leap in quality in the objects sighted, given the unusual clarity of some unidentified flying objects, filmed or photographed, that had been absent for years and seem to be back.

“This was demonstrated by the UFOs sighted in Lavagna, Arco Felice near Naples and the clamorous sighting at Civitavecchia seen about 50 metres above sea level.

“The ships flew in group, giving rise to spectacular phenomenon as happened throughout Italy in the summer 2017, like the concert of Ennio Morricone.

“There were also real chases between UFOs and military fighter planes, as happened in Cosenza, photographed and witnessed by many people.”

Italy’s first reported UFO sighting of 2017 came exactly a year ago when an unusual bright green spherical object, which changed shape and colour over a four minute period, was caught on camera in Salento.