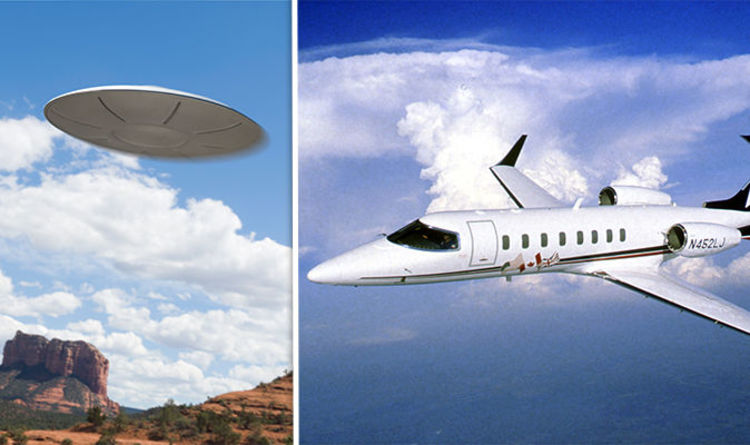 
One pilot was flying a Learjet over the southeastern Arizona desert on February 24 and immediately reported it to air traffic control.

The pilot said: “I don’t know what it was.

“It wasn’t an airplane… the path was going in the opposite direction.”

Air traffic controllers asked a nearby American Airlines passenger jet flying from San Francisco to Dallas to notify them if any objects passed over the aircraft, it has been reported.

He said: “Something just passed over us, like a, don’t know what it was, but it was at least two, three thousand feet above us.

“Yeah it passed right over the top of us.”

An air-traffic controller said: “Was it a Google balloon?”

To which the pilot replied: “Doubtful.”

Although it has been two months since the incident was reported, it is still unknown what the object was.

Federal Aviation Administration spokesperson Lynn Lunsford recently told the NBC station in Albuquerque: “We don’t have any comment beyond what you hear.

“Other than the brief conversation between two aircraft, the controller was unable to verify that any other aircraft was in the area.”

It is unlikely it was a privately operated drone because the object was spotted above 40,000 feet which is higher than the usual range of consumer drones.

She added: “”We have a close working relationship with a number of other agencies and safely handle military aircraft and civilian aircraft of all types in that area every day, including high-altitude weather balloons.”

The incident comes after a former US military man claimed he may have been abducted by aliens after being “stalked by a UFO”.

The man, who has not been publicly named, filed a report with UFO investigators in which he claimed he experienced lost time during a nocturnal snowmobile ride through woods in Ontonagon, Michigan, USA.

In a witness report to the National UFO Reporting Center (NUFORC) he said: “A light overpowered my headlight, which made me stop and look behind me.

“I witnessed a solid white light with pinkish strobe lights on either side of the main white light in the middle.

“Together they formed an oval saucer shape.”