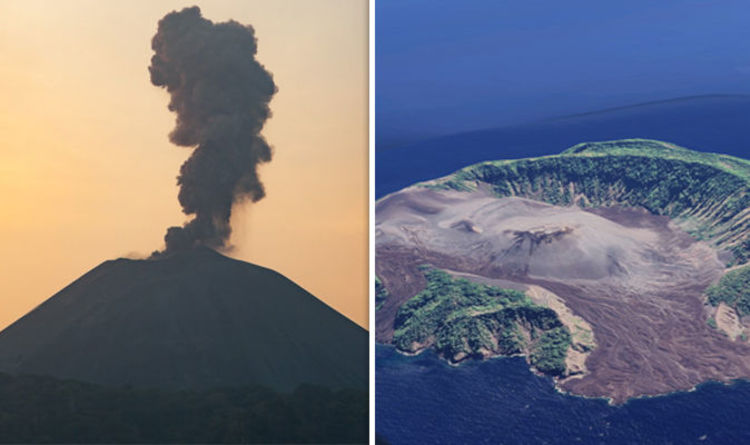 
Scientists said Barren Island volcano, of India’s Andaman Islands, has been erupting since 2005, increasing fears of a major geological event.

The volcano, located on the isolated and uninhabited Barren Island, erupted in 1991 after a gap of more than 150 years, and then again in 2005.

When investigating an apparent ‘third’ eruption in 2017, scientists discovered the volcano had actually not stopped erupting in the previous decade or so.

Researchers from the Indian Space Research Organisation (IRSO) were surprised to discover the volcano has been active for years – warning a full-scale eruption was a danger, if impossible to predict.

They explained in the Bulletin of Volcanology how, using “spatial resolution products” and “thermal infrared data” they could analyse the changing shape of the volcano over time.

This tactic identified “an inner crater ring fault, new paths of lava flow and the formation of a new cinder cone on the old crater” – all signs the volcano had been active for a period of years.

The IRSO said: “These multi-temporal data sets show significant changes in the paths of lava flows from 2005 to 2017.

“The observations also document periodic shifts in the location of effusive vents.”

The surprising discovery indicates a far greater level of volcanic activity in the region than previously thought.

Nearly 200 people living on the slopes of Mount Ijen in East Java province were forced to evacuate after the toxic emissions started last week.

Investigations are set to continue for an unknown period, centre chief Gede Suantika said, before residents can be allowed to return to their homes.