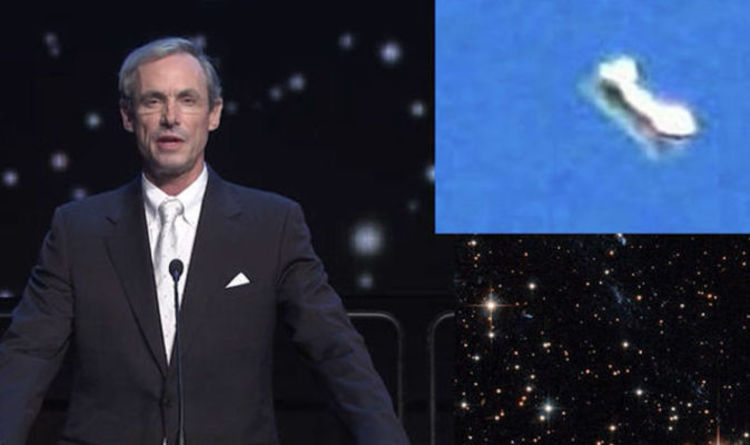 
UFO truth seekers celebrated an historic milestone last month after it emerged the Department of Defense had run a top secret unit investigating the threat posed by UFOs until 2012.

Footage filmed by a US Navy pilot of an apparent UFO said to “defy the laws of physics”, which was investigated by the department, was also released, leading to claims from some that “we are not alone”.

The footage was from the “Nimitz UFO” incident off the coast of San Diego in November 2004, when a whole naval crew are said to have seen a series of bizarre white tic tac-shaped crafts.

However, some in the UFO community remain suspicious at the motives of the government behind the release of the information.

Alien truth have called for “disclosure” – the release of all alien and UFO-related files to be released.

And many saw last month’s revelations as a stepping stone towards this.

Many believe that aliens, not only exist, but are secretly living in bases on earth and the US government covers it up in return for flying saucer technology.

However, some members of the Mutual UFO Network (MUFON) remain suspicious.

MUFON is the world’s largest organisation dedicated to UFO research and holds a global database of UFO sightings reported to it.

A theory was raised at the latest meeting of the MUFON Washington branch on Saturday.

Ptleader.com reported: “Those who attended were far from feeling credulous or validated by the New York Times’ coverage, and instead expressed concerns that this seeming bombshell of disclosure might merely represent an even deeper conspiracy by the government.

“They freely exchanged theories about the possible nature of UFOs, as well as what might motivate the mainstream press and government to release such a story.

“A frequently voiced suspicion was that the government might be laying the groundwork to present extraterrestrials as the next threat to national security, requiring further increases in military spending and curtailments of civil liberties.”

Martial law is the introduction of direct military control of civilian functions of government, especially in response to a temporary emergency such as invasion or major disaster, or in an occupied territory.

It can be used by governments to enforce their rule over the public.

One woman at the talks said the internment of Japanese-Americans during World War II was an “example of how such fears of aliens have been used against the populace”.

A retired MUFON military member said: “The powers that be are so far removed from the rest of us that they think the United States would fall apart if we disclosed that these things exist, and that they’ve been here for years.

“The only people who would really have to worry would be the power elites in politics and religion.”

Famous US UFO campaigner Dr Steven Greer tweeted in response to last month’s news: “Note that the recent NY Times story is couched from a threat office of the Pentagon.

“This a clear ramp up to False Flag FAKE disclosure designed to prepare people for a threat from outer space- so the War Mongers and War Profiteers have a new , bigger enemy. BEWARE.”

However, Al Thompson, a field investigator for the branch called for less focus on unconfirmed conspiracy theories.

He said: “Why do we need conspiracy theories? Because the answers are unknown. We’re operating in a vacuum, because the government isn’t telling us anything, but even if they did, we wouldn’t necessarily believe them.

“That being said, no one came here because we believe that any one of us has the definitive answer.”