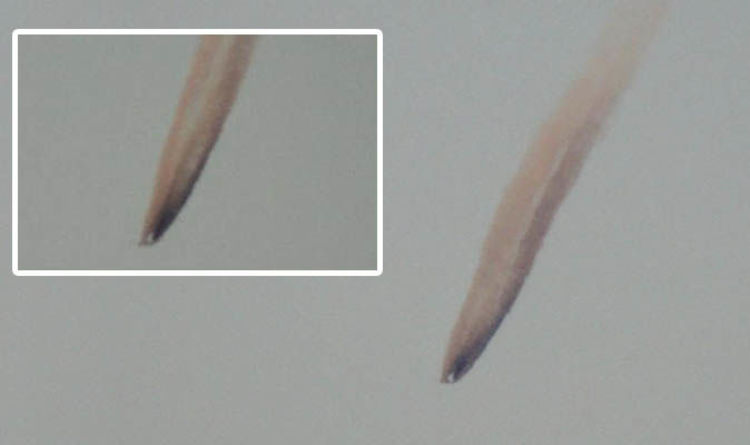 An unidentified object releasing a thick cover of dark brown smoke was seen over the skies of Switzerland.

The arrival of the mysterious object, potentially of alien origin, was photographed leaving a long trail of brown gas over Littau in Lucerne, Switzerland.

UFO observers who have seen the staggering footage of the ‘death cloud’ are stumped as to the origin of the smoke.

According to local media reports, the young woman who witnessed the object in person, saw the UFO from her kitchen window in the late revving hours.

But the young woman, who has not been named, said the object did not fly through the sky.

Instead the witness said she picked up her camera to film the object as it motionlessly chugged out the smoke before vanishing into the sky.

She told 20 Minuten: “The object with the tail just stood in the sky and it did not move for two or three minutes.”

The object then rapidly reared back into life and “turned to the right and disappeared” the witness recounted.

UFO EVIDENCE? Is this choking cloud of thick smoke from alien spacecraft

Several minutes later the alien cloud was back and eerily repeated the same movements.

The witness said: “But this time the phenomenon was not as long as the first time.”

The woman who lives on Benneneggstrasse in Littau, said the mysterious object then took off towards Neuenkirch.

She added: “I have no idea of the distance.”

However despite the mind-boggling nature of what she saw, the woman did not think she witnessed an alien UFO invasion.

Despite the mind-boggling nature of the bizarre object, the witness did not think she saw the hallmarks of an alien invasion and instead tried to rationalise it.

Initially she assumed it may have been a streaking meteorite, but was puzzled by the object remaining motionless.

However experts at Skyguide, Switzerland’s leading air navigation service and airspace monitor, has since confirmed the object was indeed a UFO – an unidentified flying object. 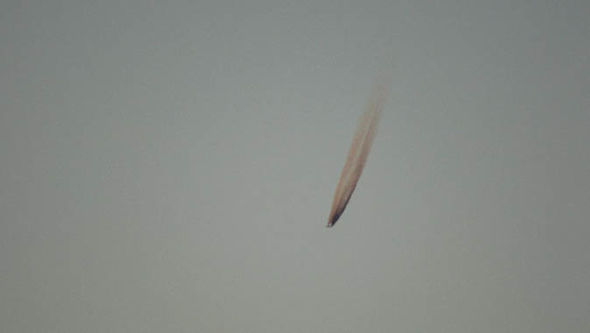 UFO sighting: The alleged alien cloud was spotted over Switzerland

Press spokesman Vladi Barrosa who saw the incredible pictures, confirmed that for the time being, Skyguide is treating the object as a UFO but not necessarily as a flying saucer.


Mr Barrosa said: “In technical jargon, this is a UFO, so to the present state of knowledge it is an unidentified flying object.”

He added: “We always get such pictures sent. In general, we can answer what’s on it.

“If we have date and time of day, we can use radar images to find out what was in the sky at a certain point in time.” 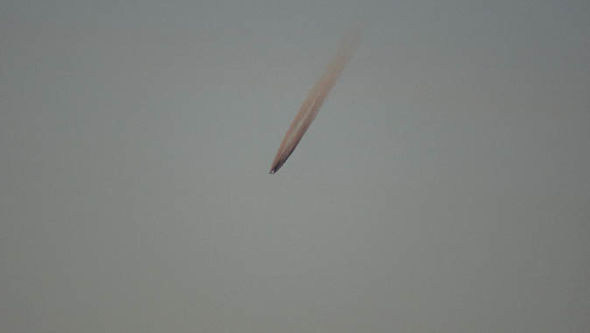 UFO identified: Skyguide officials are treating it as an unidentified flying object

As a general rule of thumb, the company treats any such UFO sightings as planes.

Mr Barossa underlined that given time a simple enough explanation will emerge.

Some online UFO hunters who analysed the startling pictures suggested the streaking cloud could have come from an erupting airplane engine.

Other simply suggested it was an airplane contrail tinted a dirty brown by the sunset. 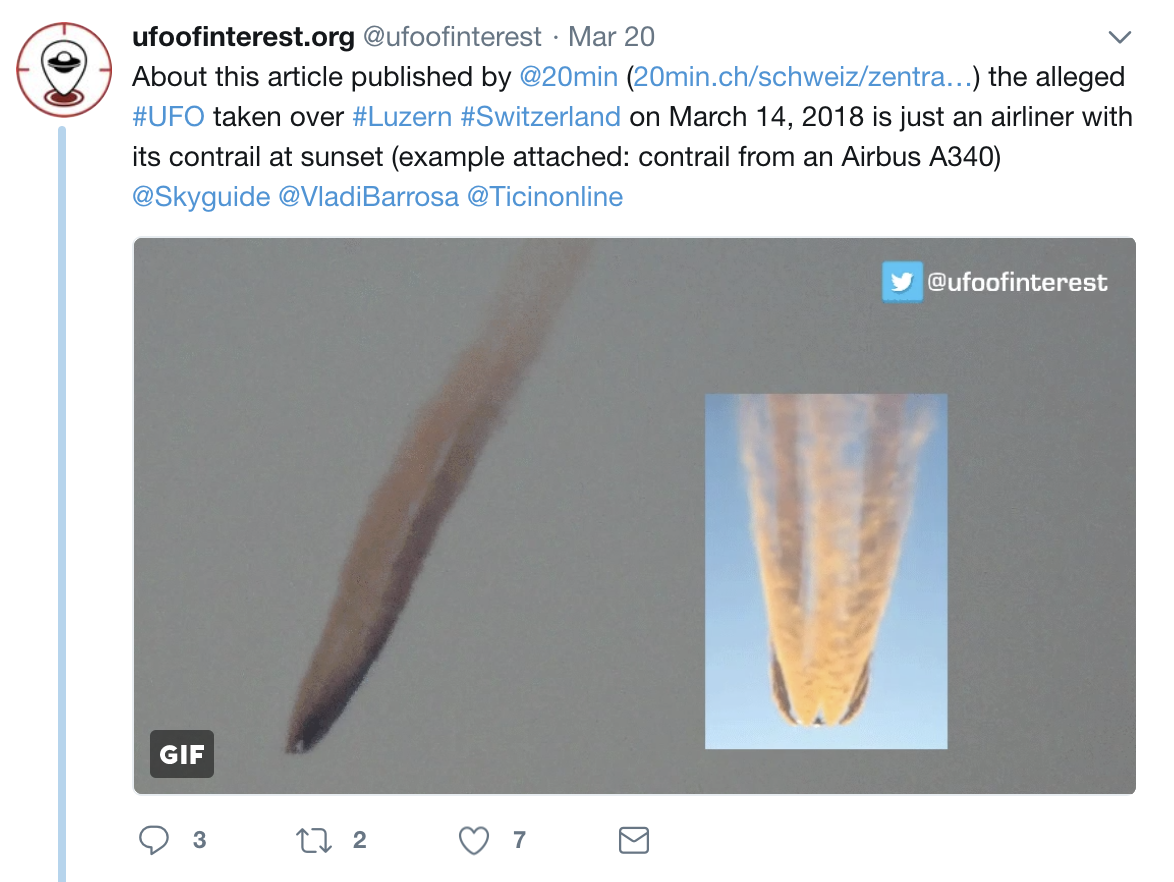 In fact on March 14 when the pictures were taken, the sun set over Switzerland just after 6.30pm local time – shortly before the alleged UFO was spotted.

But not everyone was convicted by the plausible suggestions.

Redditor Hiking425 speculated: “The described behaviour could be for a secret test aircraft.

“Unfortunately no one has told me what all the secret aircraft around the world can do.

“If intelligent extraterrestrial were able to develop that kind of technology it seems plausible humans would be able to figure it out eventually.”

No One Likes Commutes, But They May Actually Be Good For Mental Health, Study Finds : ScienceAlert
New Prototype Device Generates Hydrogen From Untreated Seawater : ScienceAlert
Ultra-Processed Food May Exacerbate Cognitive Decline, New Studies Show : ScienceAlert
Bigfoot Has a Very Simple Explanation, Scientist Says : ScienceAlert
A Splash of Milk in Coffee May Have Health Benefits We Didn’t Know About : ScienceAlert