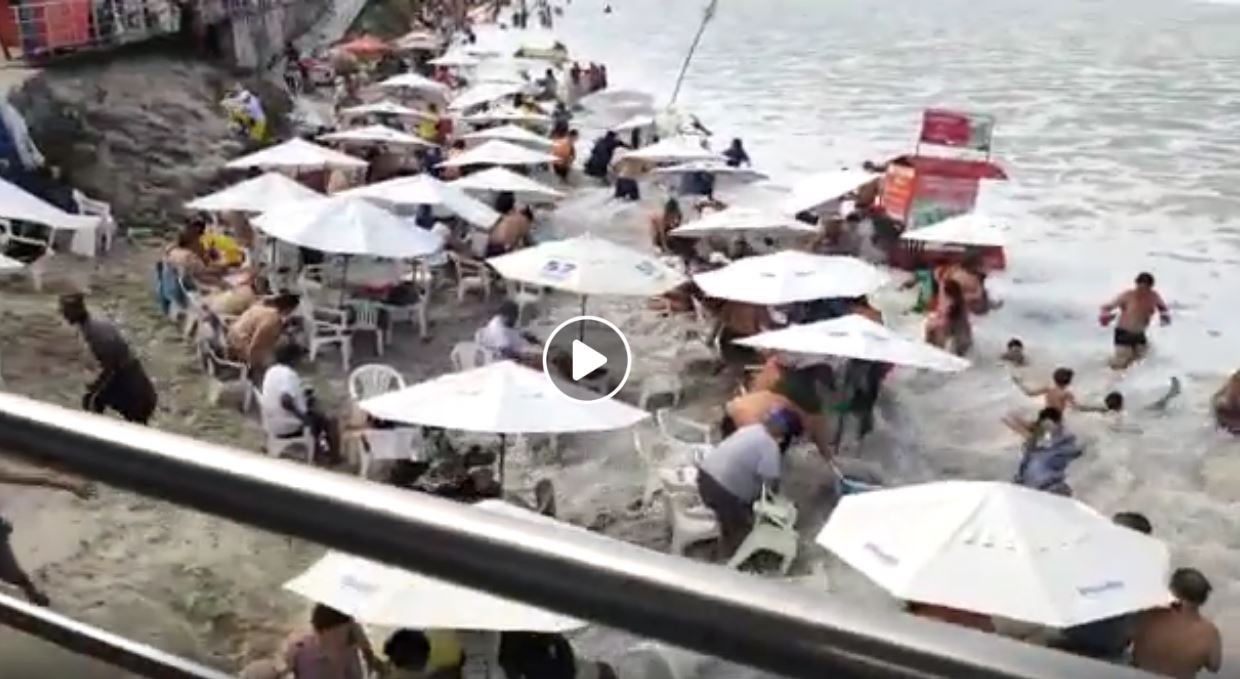 Look at these beachgoers running for their lives as huge tsunami-like waves engulf Praia do Forte, Cabo Frio in the state of Rio de Janeiro, southeast of Brazil.

The powerful wave phenomenon that is currently hitting Rio’s coast has surprised beachgoers at praia do Forte, in Cabo Frio, in the Região dos Lagos in Rio on July 20, 2019.

You can see in the video families running and trying to fight against the powerful waves. According to witnesses, children had to be held strongly to avoid them being dragged by the strong current offshore.

The sea also carried everything from the beach – chairs, umbrella and other belongings, which had to be recuperated in the water.

Child carried by the sea and other impacts

On July 22, 2019, a man was caught trying to escape the strong waves caused by the phenomenon.

On July 21, 2019, a 5-year-old boy was dragged by the strong current into the sea as he was sitting on rocks at Praia da Vila. The child is still missing.

According to Consercaf, responsible for the city’s cleaning service, about 32 tons of garbage has been collected from the beaches since last Thursday (18), the date when the tsunami wave phenomenon started hitting the region.

According to the Navy Meteorological Service, the tsunami-like waves are formed by strong and sustained winds blowing in the southeast and northeast directions. These will end today, July 23, 2019.

There’s a ‘Lost City’ Deep in The Ocean, And It’s Unlike Anything We’ve Ever Seen : ScienceAlert
One Simple Idea Makes It Much Easier to Manage Your Weight Over Time : ScienceAlert
Major Blow as Experimental HIV Vaccine Fails in Late Clinical Trial : ScienceAlert
Our Body Temps Have Been Dropping For 160 Years. Gut Microbes May Be Playing a Role : ScienceAlert
This Species of Carnivorous Plant Evolved Into a Toilet And Is Now Winning at Life : ScienceAlert