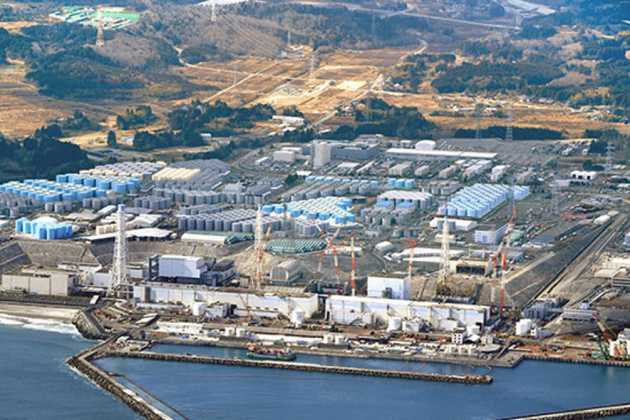 
Almost six years after Prime Minister Shinzo Abe famously declared the contaminated water problem at the Fukushima No. 1 nuclear plant “under control,” today it remains anything but.

About 18,000 tons of highly contaminated water remain accumulated in reactor buildings and other places.

Abe made the declaration in September 2013 while Tokyo was bidding to win the 2020 Summer Games.

In reality, however, the situation is not under control even now.

In a meeting of the Nuclear Regulation Authority (NRA) in June, one of its members, Nobuhiko Ban, told TEPCO officials, “I want you to show whether you have a prospect (for the reduction of contaminated water) or you have given up.”

The water level did not fall as planned in an area of a basement floor at the No. 3 reactor building for two months. Asked why the level did not drop, TEPCO officials offered only vague explanations in the meeting. Ban made the remark out of irritation.

Highly contaminated water that has accumulated in reactor buildings and turbine buildings is a major concern at the Fukushima plant. In addition to water that was used to cool melted nuclear fuel at the No. 1, No. 2 and No. 3 reactors, groundwater also has flowed into those buildings through cracks.

Immediately after the nuclear accident at the Fukushima plant in March 2011, highly contaminated water leaked into the sea through underground tunnels. As a result, radioactive substances whose concentrations were higher than allowable standards were detected in fish and other seafood.

After the nuclear accident, about 100,000 tons of water initially accumulated in the basement portions of buildings that housed the No. 1, No. 2, No. 3 and No. 4 reactors and buildings that accommodated turbines.

TEPCO has removed groundwater through wells. It also created “frozen walls” in the ground by freezing soil around the buildings. Using those methods, the company has decreased the flow of groundwater into the buildings and, as a result, the level of highly contaminated water has dropped there.

Eight years since the nuclear accident occurred, the volume of highly contaminated water in the buildings has fallen to 18,000 tons. TEPCO aims to reduce the volume further to 6,000 tons by the end of fiscal 2020.

However, work to decrease the water has not progressed as expected.

As for the area in the basement of the No. 3 reactor building, it is known that water used to cool melted nuclear fuel is flowing into the area. But why the water level does not drop only in that area is not known.

The NRA is also requiring TEPCO to take anti-tsunami measures because if a huge tsunami engulfs the buildings again, it could send highly contaminated water pouring into the sea

However, anti-tsunami measures are also delayed.

The work to close openings that could become locations for leakage of highly contaminated water during a tsunami is expected to continue until the end of fiscal 2021. Such openings exist at 50 locations at present.

Additional construction of sea walls as a safeguard against another huge tsunami like the one triggered by the Great East Japan Earthquake will take time until the first half of fiscal 2020.

And Japan plans to bring the Olympic baseball games to Fukushima during the 2020 Japan Olympic games. That’s completely insane, isn’t it?

This is kind of terrifying! There is enough time for a new Fukushima disaster!

AI System Detects Strange Signals of Unknown Origin in Radio Data : ScienceAlert
Wildfire Destruction in The Western US Has Doubled in Just 10 Years : ScienceAlert
Ancient Goo Spills The Secrets of How The Egyptians Mummified Their Dead : ScienceAlert
High-Fat Diets May Break The Brain’s Ability to Regulate Calories : ScienceAlert
Study of 500,000 Medical Records Links Viruses to Alzheimer’s Again And Again : ScienceAlert