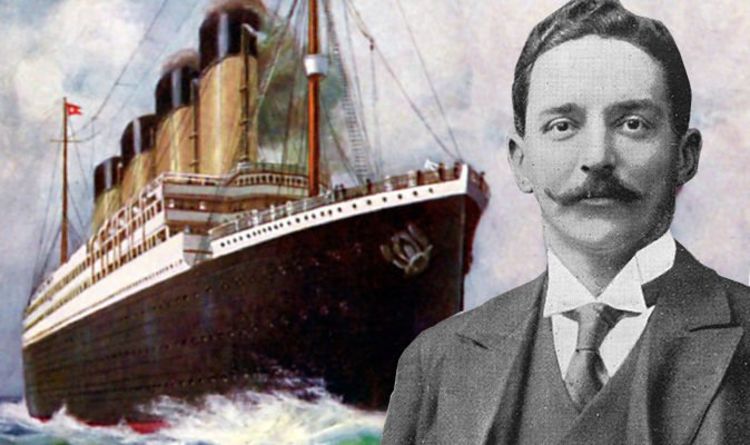 
The British cruise ship famously hit the North Atlantic Ocean seabed in the early hours of April 15, 1912, after colliding with an iceberg during its journey from Southampton to New York.  The tragic event saw more than 1,500 people lose their lives over 100 years ago. Many have long disputed the official story though, with some claiming the Olympic-class ocean liner was part of an insurance scam after its sister ship was involved in a crash the year earlier.

Although the conspiracy may be far from the reality, there could be some truth in the idea, according to Amazon Prime’s 2011 documentary “Titanic Arrogance”.

“The White Star company was losing money by the day [after the crash] and it hurt,” presenter Richard Mitchley revealed.

“To add to the situation, Britain was in the grip of a national coal strike.

“Titanic would need around 6,000 tonnes for its voyage [to New York] and the only way to get this was to take it out other liners like the Oceanic and New York.

“This meant double handling of the coal – a very dirty and laborious business.

“In the midst of the mayhem, Titanic kept a dark secret that the coal in the bottom of bunker number six was on fire for the duration of the journey.”

Researchers have since claimed the blaze may have weakened the ship’s hull before it struck an iceberg.

Journalist Senan Molony, who has spent more than 30 years researching the sinking of the Titanic, studied photographs taken by the ship’s chief electrical engineers before it left the Belfast shipyard.

Mr Molony claims to be able to identify a 30-foot-long black mark across the front right-hand side, almost exactly where the iceberg is said to have struck.

Speaking in 2017, he said: “We are looking at the exact area where the iceberg stuck, and we appear to have a weakness or damage to the hull in that specific place before she even left Belfast”.

Experts subsequently confirmed the marks were likely to have been caused by a fire started in a three-storey high fuel store behind one of the ship’s boiler rooms.

Officers on board were reportedly under strict instruction from J Bruce Ismay, president of the company that built the Titanic, not to mention the fire to any of the ship’s 2,500 passengers.

Mr Molony claims the ship was also reversed into its berth in Southampton to prevent passengers from seeing damage already made to the side of the ship by the ongoing fire.

He added: “The official Titanic inquiry branded [the sinking] as an act of God. This isn’t a simple story of colliding with an iceberg and sinking.

“The fire was known about, but it was played down. She should never have been put to sea.”

Scientists Revived Ancient ‘Zombie Viruses’ Frozen For Eons in Siberia : ScienceAlert
Crocodiles Seem to Be Thriving in a Toxic River That’s More Like a Sewer. Here’s Why : ScienceAlert
Chilling Glimpse Into Our Future if We Survive Another Million Years : ScienceAlert
Study Attempts to Unravel The Best Ratio of Land to Ocean For Exoplanet Habitability : ScienceAlert
Forests at Risk of Burning an Extra 30 Days a Year Without Climate Action : ScienceAlert