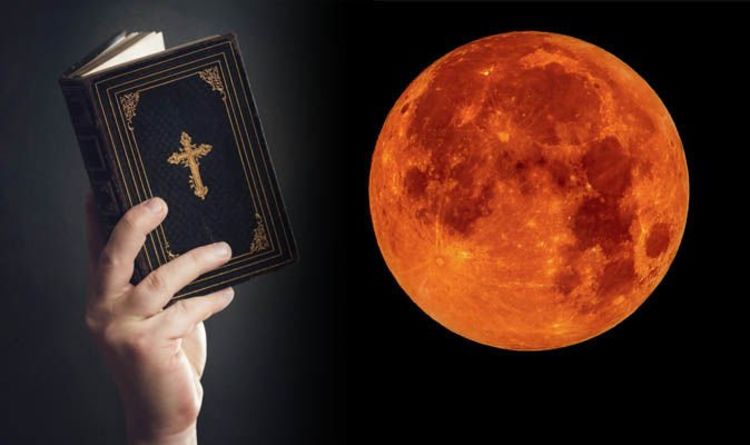 
The next Blood Moon eclipse will paint the skies red on the night of January 21, 2019. The Blood Moon will arrive in the form of a larger-than-usual Supermoon – a rare but completely natural phenomenon. Some conspiracy theorists and doomsday preachers, however, fear the Blood Moon is a much more sinister symbol foretold by the Bible. Christians who believe the clock is ticking for the world and its inhabitants have claimed the Blood Moon will precede the end of the world.

According to pastor Begley, all signs are pointing to a “catastrophic event” on the horizon.

The firebrand preacher told his followers this week during an online sermon, the Blood Moon is a direct sign of events unfolding in the heavenly realm.

He said: “Something biblical is going on right now in the heavens.

“Whatever is going on in the spiritual world, is manifesting in the physical.

READ MORE: Will the FULL lunar eclipse in January signal END OF THE WORLD?

“People are already writing me: ‘Pastor Begley, are you saying that the Super Blood Moon is a sign of the coming doomsday?’

“Well it’s doomsday for those who aren’t saved, but for you that are saved, you will not be here.

The Book of Revelation Chapter 6:12 talks about great earthquakes splitting the Earth open, the Sun turning into a “sackcloth made of goat hair” and the Moon turning blood-red.

Pastor Begley said the signs of the apocalypse are all in place, as noted by holy scripture, but he could not predict when the world would end, only that it will happen soon.

He said: “Apocalyptic signs in the heavens are pointing to a catastrophic event just on the horizon – we don’t know when.

“Just because you have a Super Blood Moon on January 20 and 21, does it mean January 22 all hell’s going to break loose?

“Then again it doesn’t mean it won’t, ok? These are the signs that are starting to be revealed.”

Despite the preacher’s doom-laden prophecies, there is nothing to fear from the dazzling spectacle of nature.

The Blood Moon eclipse is the result of scattered sunlight bending around the Earth’s edges and passing through the planet’s dusty atmosphere.

During a lunar eclipse, the Moon vanishes in the Earth’s shadow and only small amounts of scattered sunlight fall on the lunar orb.

The effect is known as Rayleigh Scattering and is also responsible for the blue colour of the skies and the intense orange of sunsets.

Mars Once Had So Much Water, It Could Have Been An Ocean World, Scientists Say : ScienceAlert
An AI Found an Unknown ‘Ghost’ Ancestor in The Human Genome : ScienceAlert
The FDA Just Approved The Most Expensive Drug in The World : ScienceAlert
People in Portland Planted Trees. Decades Later, a Stunning Pattern Emerged : ScienceAlert
Scientists Revived Ancient ‘Zombie Viruses’ Frozen For Eons in Siberia : ScienceAlert