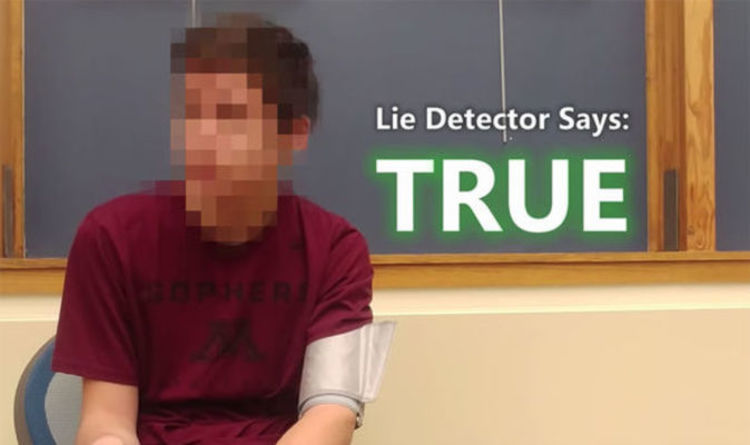 In a video uploaded to YouTube last year Noah – who did not disclose his last name – claimed he risked his life to travel back in time to warn humanity about the dangers of the future.

The so-call time traveller at the time said: “I am not attempting to deceive anyone, my sole objective is to prove to you that time travel exists and that I, myself, am a time traveller.

“First of all, time travel became possible in the year 2003, it is only used by top-secret organisations. The ability to time travel will not be released to the public until 2028.”

Now in a shock new video Noah appears to pass a lie detector test as he is asked about the future, although the full results are not disclosed.

The interview begins and Noah is asked a simple question: ”Are you an actual time traveller from the year 2030?”

He responds with a yes and ‘true’ appears in large green letters superimposed on the video. However, the results on the machine are not shown.

Among his predictions is that Google robotics will spread across the world and will be developed to the point they can independently run a home like humans.

Noah, whose face is blurred in the video, also claims that Bitcoin will continue to be popular although ‘old-fashioned’ cash currencies will still be in use.

According to him, humans will discover time travel will become widely known in 2030 , two year’s after a mysterious figure called Ilana Remikee is elected US President.

In the latest video Noah claims he has “hard evidence” to back up his predictions but is not sure that he can say what that it because it might cause a paradox.

Once again, the word ‘true’ appears on screen again.

He then begins to list events he says will happen in the next 12 years, including the re-election of Donald Trump and the rise of AI.

The interviewer then asks if he is telling the truth and, again, the machine apparently records that he is.

However, critics have been quick to point out that viewers do not see the results of the lie detector tests.

One viewer said: “All Apex TV does is flash an answer on the screen with a ding noise, that doesn’t truly validate the lie detector. 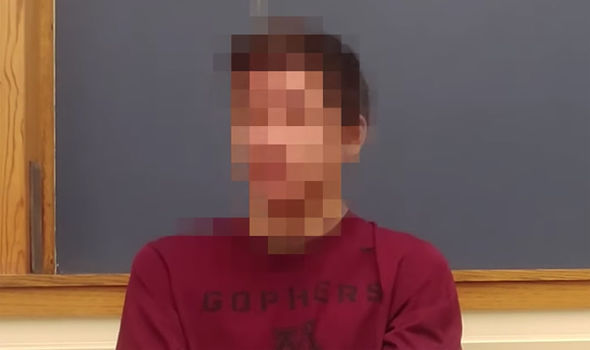 “You can see Noah fidgeting around with the monitors strapped around his fingers and I myself know from first hand experience that when you take a lie detector test you are supposed to sit back and remain completely still.”

Lie detector tests, also known as polygraphs, do no say whether the statements are objectively true only that the person who is making the claim believes that they are true.

The tests are inadmissible as evidence in most court cases, although it is often used in the US as part of police investigations.

While there may not be definitely proof that Noah underwent a lie detector test and passed, scientists have revealed time travel could be possible. 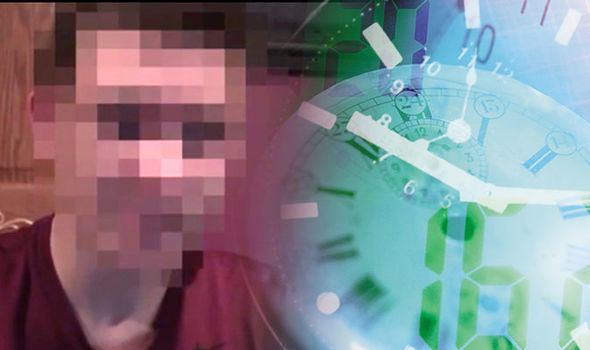 
All Apex TV does is flash an answer on the screen with a ding noise, that doesn’t truly validate the lie detector


A greater understanding of physics and the laws of the universe have led experts to closer and closer to the conclusion such a feat is possible.

And one scientist in particular, Brian Greene, is convinced.

Albert Einstein first proposed the idea that travelling at the speed of light away from Earth would slow down time for the traveller, while those back on Earth would experience time at the normal rate.

Mr Greene, professor of physics and mathematics at Columbia University and co-founder of the World Science Festival, said: “Albert Einstein showed that if you go out into space and travel near the speed of light, and you turn around, and you come back, your clock will be ticking off time more slowly.

“So, when you step off it’s going to be the future on planet Earth. You will have time travelled into the future.”