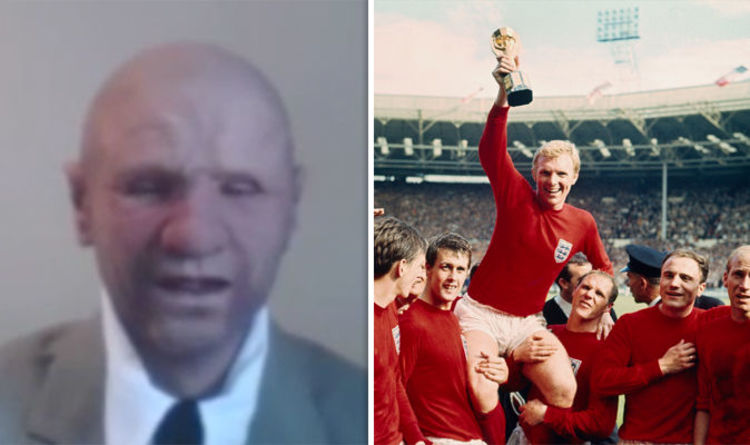 
Alexander Smith has been making headlines with his shocking claims that he was part of a secret CIA operation which allowed him to wake up in the year 2118.

When asked about the World Cup 2018 and the England squad’s chances he gave a glimmer of hope for England fans.

He said: “I am unsure whether England will win the World Cup, as I did not see anything regarding sports in the future, but then again I saw a very limited part of the world.

England’s last success was more than 50 years ago when Geoff Hurst bagged a hat-trick at Wembley to win a decisive 4-2 victory over West Germany in 1967.

But in recent times England’s performance has been bordering on abysmal and it has plummeted to 16th place in the FIFA world rankings.

Mr Smith claims worked with the CIA for a time travel experiment.

He claims world Governments have secret technologies which they are hiding from the public.

Even Greece, according to the time traveller, has its own time travel programme.

But apparently, these revolutionary systems will be released in the near future.

Speaking to the Daily Star, he said: “If you want to know if the CIA government is hiding things from people, the answer is yes.

“I’ve actually spoken with people in other governments such as Greece and it turns out they also have time travel programmes.

“Time travel is going to be released to the public in the year 2028.

“So for everyone watching this, that’s only ten more years to wait.

“Technology is going to advance very rapidly from what I saw in the year 2118.”

He claims he has decided to reveal the secrets of time travel with everyone now he has returned to his time.

According to Mr Smith, the civilian foreign intelligence service paid him a lot of money to test futuristic technology.

When asked about the national lottery, the time traveller said: “I didn’t buy a ticket.”

“It was strictly forbidden by the CIA to do anything that would increase my monetary wealth.

“You see the CIA were paying me very well for my mission.

“I was paid a substantial amount so there was no reason for me to try to get lottery numbers from the past.”

Mr Smith revealed that if he wanted to cheat the system, it would be disastrous for humanities future.

He said: “They also explained to me if I did so, it could spell the end of the human race because it would cause a paradox.”

A time paradox refers to the idea that if time travel is possible, someone with knowledge of the future would need to be careful not to change the events in the past.

Mr Smith believes that by buying a national lottery ticket, he may have caused disastrous events for our generation.

Mr Smith went on to add: “There are many threats to the human race.

“The number one threat to humanity as we know it is global warming, rising sea levels as well as the increase in Co2 in our atmosphere.

“We must take steps now to combat global warming.”